Case was brought by open-access operators. 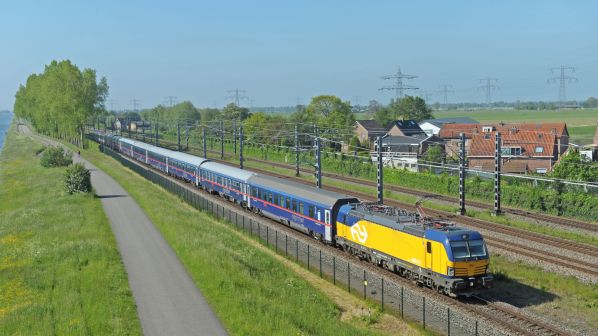 THE highest court for administrative law in the Netherlands has ruled that the subsidy provided by the Ministry of Infrastructure and Water Management to Netherlands Railways (NS) for the Nightjet service from Amsterdam to Vienna and Innsbruck in Austria is not illegal.

The subsidy covers start-up costs and compensates for loss-making train operations within the Netherlands for a maximum of four years from the 2021 timetable change.

Legal proceedings were brought by AllRail, which represents open-access operators; the Netherlands Federation of Transport Companies (FNM), which brings together Arriva Nederland, Transdev, Qbuzz, Keolis and EBS; and the Dutch subsidiary of FlixBus.

NS operates the core rail network of passenger services in the Netherlands under a concession, which grants the company exclusive rights to operate public passenger transport and places it under an obligation to operate these services.

The present concession covers the period from 2015 to 2025 and includes an obligation for NS to operate some international services, which was modified to enable NS to receive state financial support for Nightjet.

AllRail, FNM and FlixBus appealed against both the change to the concession and the awarding of the subsidy. They argued that both aspects, each by itself and jointly, were a distortion of competition and were of benefit to NS, which could operate the overnight service in full open access.

According to the appellants, the subsidy was in breach of European Union (EU) PSO regulations, the EU’s Fourth Railway Package and regulations made under the Dutch national public transport act.

They also argued that the granting of the concession for 2015 to 2025 was unlawful, but a separate court case found that this had already become irrevocable and fixed.

In the current ruling, the court finds that the change to the concession only concerns a change of conditions applying to train operations crossing international borders. The appellants maintained that as Nightjet crossed into Germany, permission was required from competent German authorities.

The Dutch court rejected this argument and stressed that the PSO obligation only concerns the section between the German border near Zevenaar and Amsterdam, the terminus of the train, and could not be considered as a border crossing obligation. German authorities need not be involved, while the train’s other terminus is outside of the Netherlands.

The Nightjet service from Amsterdam to Munich, Vienna and Innsbruck was introduced on May 25 2021, one of the first regular overnight services to operate to and from the Netherlands in many years.

The new service has already carried over 100,000 passengers, which NS considers as a success, especially as it has operated under restrictions introduced to combat the Covid-19 pandemic.

“More than 100,000 passengers in the first year means that the international night train is really back,” says Mrs Heike Luiten, director of NS International. “That so many passengers choose to travel by night train – even despite the limitations due to the Covid-19 pandemic in the last year-- gives hope for the future. Together with our partners we will keep on looking for potential new night train destinations.”

A detailed look at the resurgence of night trains across Europe appeared in the May 2021 issue of IRJ and is available here.