THE European Commission (EC) has found the public financing model proposed by Denmark for the road-rail Fehmarn Belt coast-to-coast tunnel between Denmark and Germany is in line with EU state aid rules. 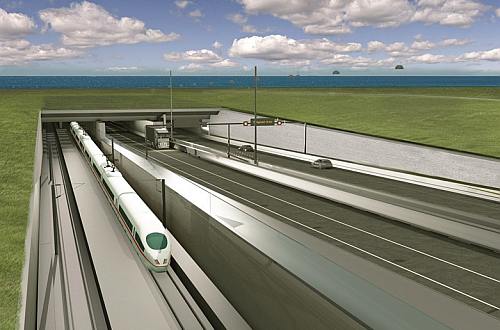 The ruling on March 20 follows an appeal lodged by ferry operators Scandlines and Stena Line against the decision by the EC in July 2015 to approve the public financing model of the Fehmarn Belt fixed rail-road link between Denmark and Germany under EU state aid rules.

That model was based on an intergovernmental agreement between Denmark and Germany, under which Denmark is the sole owner and will bear the full risk of financing the tunnel, as well as for upgrading the Danish hinterland road and rail connections. Two public undertakings have been entrusted with the planning, construction and operation of the project: Femern Landanlæg for the Danish hinterland connections and Femern for the coast-to-coast infrastructure.

The EC opened an in-depth investigation in June 2019, which confirmed that the capital injections, the state guarantees on loans and the state loans granted to Femern constitute state aid under EU rules in view of the economic character of the coast-to-coast infrastructure.

The EC found that the project qualifies as an Important Project of Common European Interest (IPCEI) and assessed the measures under the IPCEI guidelines.

Following the opening of the investigation, Danish authorities submitted up-to-date financial figures to the EC and implemented certain changes to the financing structure of the project.

Based on the updated figures submitted by Denmark and the changes to the financing structure, the EC concluded that the public measures are proportionate and in line with EU state aid rules.

“The Fehmarn Belt fixed link will contribute to the cross-border integration of the two regions it will connect,” says the EC's executive vice-president Ms Margrethe Vestager, in charge of competition policy. “It will be key to complete the main north-south route connecting central Europe and the Nordic countries to the benefit of the European economy.

“Following an in-depth investigation, we concluded that the Danish measures to support this project of common European interest are in line with EU state aid rules, as the positive effects of the project clearly outweigh any potential distortion of competition.”

The Fehmarn Belt link includes an undersea tunnel between Rødby on the island of Lolland in Denmark and Puttgarden in Germany. The approximately 19km-long tunnel will carry an electrified, double-track railway and a four-lane highway.