MEMBERS of the European parliament today voted to amend several key elements of the Fourth Railway Package during a plenary vote on its six legislative proposals, a move that has drawn criticism from European Commission vice-president Mr Siim Kallas. 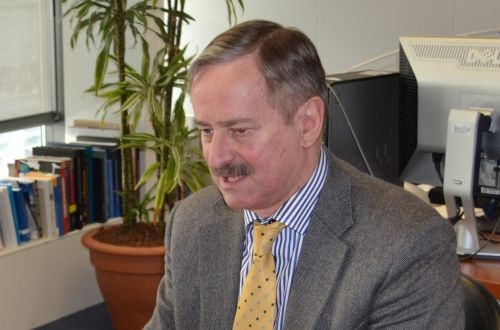 While MEPs endorsed the right of European train operators to offer commercial domestic passenger services in all member states as part of the package's market pillar, among the amendments adopted are the postponement of competitive tendering procedures for public service contracts until 2023. Parliament also failed to agree to the independence of infrastructure managers and for member states to guarantee financial transparency within vertically-integrated railway structures, which the European Commission (EC) has argued is essential to provide equal and non-discriminatory access to the network.

The EC presented the Fourth Railway Package in January 2013 with the aim of delivering improved quality and choice in European railway services. However, it says that the votes have disregarded its proposals and the work of the Transport and Tourism committee (Tran).

"This is not the strong signal that European rail needs and expects to increase its attractiveness," Kallas says. "Today's plenary vote is yet another demonstration of the tenacity of the vested national interests that proved more appealing to MEPs than the balanced and well-reasoned compromises reached in December by the Transport and Tourism Committee."

However, MEPs did vote in favour of the package's technical pillar, which recasts safety and interoperability directives and offers new regulations relating to the European Railway Agency (ERA), by confirming the need to remove existing administrative and technical barriers. The vote paves the way for the ERA to become responsible for issuing safety certificates and vehicle authorisations throughout the European Union, which the EC hopes will accelerate the process of certifying rolling stock.

In contrast to the EC, the Community of European Railways (CER) welcomed the outcome of the vote, describing the outcome as an "improvement on the Commission's initial proposals." Specifically it says the amendments introduced will provide member states with flexibility when choosing the model of governance for their respective infrastructure managers.

"The parliament's efforts will enable the Single European Railway Area to develop efficiently, thereby benefitting the European economy and all European citizens," says Mr Libor Lochman, CER executive director. "The urgent need now is for legislators to move swiftly to approve the final text on the technical pillar."

Today's vote is the parliament's first reading position on the package's six legislative proposals, and it is now up to the council to adopt its own position. The council is close to finalising its technical pillar, with the examination of the market pillar expected to begin under the current Greek presidency.