DB Cargo’s losses have been “fully and continuously” covered by DB since 2012. 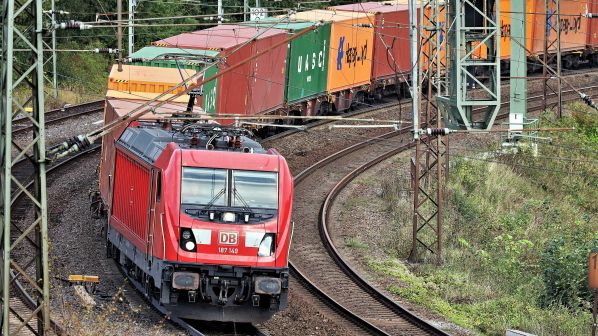 THE European Commission (EC) announced on January 31 that it has launched an in-depth investigation into the German federal government’s financial support for the country’s largest rail freight operator, DB Cargo.

Since 2012, DB Cargo’s losses have been “fully and continuously” covered by state-owned parent company DB under an open-ended profit-and-loss transfer agreement between the two entities.

The commission has launched an investigation following a complaint alleging that the profit-and-loss agreement constitutes a form of state aid. The complainant claims that this arrangement gives DB Cargo “an undue advantage over its competitors by enabling it to invest in the growth and expansion of its business and in the upgrade of its fleet, despite being loss making and without having to take profitability nor liquidity into account.”

The EC says it is concerned that certain measures favouring DB Cargo may not comply with EU state aid rules. The investigation will examine the profit-and-loss arrangement, as well as the provision by DB AG of potentially favourable pricing terms for intra-group services to DB Cargo and potentially advantageous group financing conditions for loans.

In December 2021, commission ruled that an €88m support measure given to DB by the German government to compensate for damages suffered by DB Cargo during the Covid-19 pandemic was in line with EU state aid rules.

The investigation was welcomed by the Network of European Railways (NEE), which said fair competition was a cornerstone of European cooperation.

“We have repeatedly heard from our members about offers from DB Cargo that are not comprehensible in terms of price and we are looking forward to the result of the investigation with eager anticipation,” says NEE chairman, Mr Ludolf Kerkeling. “It is important to us that market mechanisms are not suspended even in a state-owned company that is in competition with other companies.

“We trust that the commission will conduct a thorough investigation and take any necessary action. Ultimately, such an investigation will serve the industry as a whole by providing clarity. Fair competition will contribute to further growth of rail freight.”