Proposal includes extending TEN-T corridors to include Ukraine and Moldova and excluding Russia and Belarus. 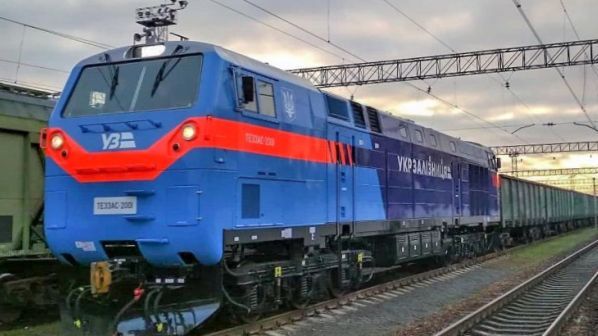 The EC proposals have highlighted the difficulties at the Ukraine border arising from the country using the Russian gauge of 1520mm and has recommended conversion to European standard gauge of 1435mm where this is economically justified.

THE European Commission (EC) has proposed amending its December 2021 proposal on the revision of the Trans-European Transport Network (TEN-T) Regulation in light of the Ukraine conflict.

To help agricultural and other goods to reach the European Union (EU) and world markets, the new proposal extends four TEN-T corridors to Ukraine and Moldova. The ground for this extension was prepared when the EC adopted revised maps for the TEN-T network in Ukraine earlier this month.

In view of the Russian invasion of Ukraine, and the position adopted by Belarus, the EC says cooperation with these two countries is no longer considered appropriate, nor to be in the interest of the EU.

The proposal therefore removes Russia and Belarus from the TEN-T network. The EC is also proposing to downgrade the last miles of all cross-border connections between the EU and Russia/Belarus from the status of “core network” to “comprehensive network” – implying a later target date for completion of 2050 instead of 2030.

The EC proposal includes measures to convert 1520mm-gauge lines to 1435mm-gauge when this is economically justified. This also applies to non-standard track gauges within the EU itself, as the difficulties at the Ukraine border have highlighted how this lack of interoperability could increase the vulnerability of the railway network inside EU territory.

The EC says Russia’s war against Ukraine has redefined the geopolitical landscape, highlighting the EU’s vulnerability to unforeseen events beyond its borders. It adds that the major impact on global markets, and on global food security, have underlined that the EU’s internal market and transport network cannot be looked at in isolation when it comes to setting out policy. Better connections with the EU’s neighbouring partner countries are now needed more than ever, the EC says.

”By extending four European transport corridors to the territory of Ukraine and Moldova - including the ports of Mariupol and Odessa - today’s proposal will help improve the transport connectivity of these two countries to the EU, facilitating economic exchange and better connections for people and business alike,” says European commissioner for transport, Ms Adina Vălean.

“These corridors will also be a key priority in rebuilding the transport infrastructure of Ukraine once the war ends. Our efforts to facilitate the export of grain from Ukraine via the Solidarity Lanes have also demonstrated the importance of interoperability in the transport system, reinforcing the need to increase convergence within the EU network, making it more resilient and strengthening the internal market.”

The proposal adopted by the EC will now be part of the ongoing negotiations with the European Parliament and the Council on the TEN-T revision, which started early this year.