Provisional conclusion is that support to cover losses was state aid. 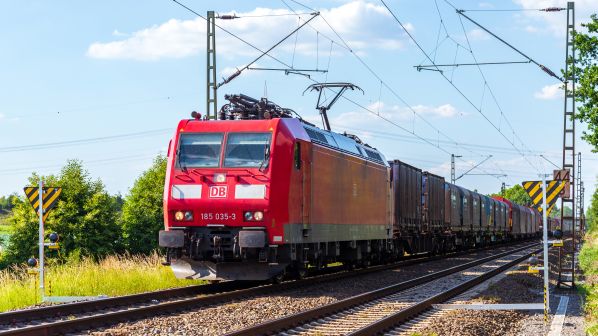 THE European Commission (EC) has invited comments on the measures that it believes constituted state aid to German freight operator DB Cargo, where its parent German Rail (DB) has provided compensation for losses since 2012.

Following the receipt of a complaint about this support, the EC informed the German government on January 31 that it was initiating an investigation under Article 108(2) of the Treaty on the Functioning of the European Union (TFEU).

Interested parties now have one month to submit their comments, which will be communicated to the German government.

The EC has found that DB Cargo has been receiving compensation for its losses from DB under a profit and loss transfer agreement that came into force on January 1 2012. This had an initial duration of five years, but has been automatically extended by 12 months at the end of each financial year.

In its preliminary conclusion, the EC says it cannot be assumed that a private investor under comparable circumstances would have continued to cover DB Cargo’s losses, and it therefore considers that this measure involves an advantage within the meaning of Article 107(1) of TFEU and is selective as it benefits only DB Cargo.

The EC considers that the profit and loss transfer agreement should be further clarified and is now seeking comments and further information from the German government.

DB also provides intra-group services and management support functions to DB Cargo under intra-group agreements. The costs of some of these services, such as marketing, human resources, communications and legal affairs, are not transferred to DB Cargo and are borne by DB.

On these two matters, the EC has provisionally concluded that DB Cargo may not have paid a market price for the intra-group services and loan interest rates and thus may have benefited from a selective advantage.

The EC invites the German government to provide further information and evidence on the terms and conditions of the intra-group service agreements and the prices paid by DB Cargo for these services, to establish if they were provided at market prices.

Comments are also invited on whether the loans made to DB Cargo are in line with market terms.

In addition, the state aid investigation is considering the workings of Germany’s Federal Railway Fund (BEV), which covers part of the remuneration of civil servants allocated to DB Cargo who were formerly employed by DB before its restructuring in 1999 to create separate operating and infrastructure companies.

Based on the information available, the EC does not rule out that the cost of employing these civil servants borne by DB Cargo does not correspond to the prices that it would have to pay on the private labour market for similarly qualified staff.

The EC therefore cannot rule out that this measure constitutes a selective advantage for DB Cargo and invites the German government and interested parties to provide further information.

Finding that the measures under investigation are granted through state resources and are imputable to the state, the EC’s provisional conclusion is that they are liable to improve DB Cargo’s competitive position and are therefore liable to distort competition and to have an effect on trade between EU member states, thereby constituting state aid in the sense of Article 107(1) TFEU.

The EC says that the German government has not put forward any arguments to support a finding of compatibility for the contested measures. There is no indication that the aid granted to DB Cargo could be considered compatible with the internal market and the EC invites the German government “to provide its views and evidence on a possible compatibility of such measures.”

In accordance with Article 16 of Council Regulation (EU) 2015/1589 (1), all unlawful aid can be subject to recovery from the recipient, the EC says.

Responding to the invitation for comments, the Alliance of Passenger Rail Entrants in Europe (AllRail) said that the findings of the EC investigation to date have “major implications for the German and European passenger rail sector.”

“How can we be sure that the DB’s for-profit subsidiaries in the passenger rail sector are not also benefiting from such unfair financial aid?” says AllRail secretary general, Mr Nick Brooks.

If DB’s regional passenger subsidiary Start Deutschland is benefiting from similar intra-group service agreements and advantageous financing conditions, “this could then enable it to submit extremely price competitive offers for competitive tenders versus privately-owned bidders,” he says.

According to Brooks, the same question applies to DB Vertrieb which owns “market dominant” ticketing sales channels such as the bahn.de website and the DB Navigator app. “This might enable them to pay for both better IT developers as well as their very extensive advertising campaigns,” he says.

“We hope that all the other for-profit subsidiaries of DB will be scrutinised in the same way as DB Cargo.”