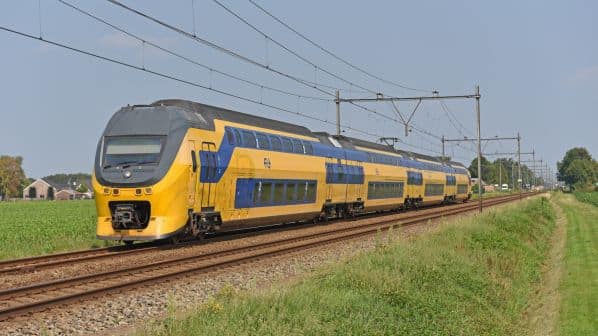 THE European Commission (EC) has warned the Dutch government that its plan to directly re-award the Main Line Network concession to Netherlands Railways (NS) in 2023 without undertaking market testing would entail “a serious risk of breaching European Union law.”

The warning was delivered in a letter from the European commissioner for transport, Ms Adina Vălean, to the Dutch minister of the environment, Ms Vivianne Heijnan.

Vălean notes that discussions with Dutch government over the direct award began in May 2020 when the policy was first announced, and since then the EC has reiterated its serious concerns over “the legality of the award and the excessively broad scope of the concession.”

“I am concerned that after several meetings and exchanges of formal letters, no substantial progress has been made so far,” Vălean says.

Member states of the European Union (EU) have a large margin of discretion in establishing the characteristics of the passenger services they wish to see provided in the general interest. But Vălean also points out that under EU law, they must carry out market analysis to determine which services can be operated commercially before letting the rest under PSO contracts.

The Main Line Network is formed of the principal passenger routes, including inter-city services and some international routes. It handles 95% of total rail passenger-km in the Netherlands.

The fact that the Main Line Network would see NS paying a fee to the government strongly suggests that some of these services could be provided by the market, Vălean says, but despite this no market analysis has been undertaken.

“Therefore your plan to entrust an all-encompassing concession to NS in the absence of market testing entails a serious risk of breaching EU law,” the commissioner writes.

The EC is also concerned that the Dutch government may be attempting to circumvent the new requirement to make competitive awards in the EU’s Fourth Railway Package.

Under a transition period which ends on December 24 2023, member states are still allowed to make direct awards as long as their duration does not exceed 10 years.

Vălean notes that the government is planning to award the 10-year concession before the end of 2023, but that it would not start until January 2025.

“There is no apparent reason why a direct award decision should be taken more than 12 months ahead of the start of operations, considering that the incumbent can switch seamlessly from the old to the new contract, which is of comparable scope,” she says.

The EC has received “substantiated complaints” from operators wishing to exercise their rights under the Fourth Railway Package to operate in the Netherlands, and Vălean says “we are under an obligation to pursue these complaints and enforce EU rail legislation.”

“We consider that their claims have merit, and will provide our interpretation of EU legislation if requested by a national court or the European Court of Justice,” Vălean says.

If the Main Line Network concession were found to breach EU law, including state aid rules, Vălean warns that there could be “significant legal and financial consequences for the concessionaire, regardless of whether operations under the new concession have already started.”

Vălean ends her letter by urging the Dutch government to reconsider its decision, encouraging it to take immediate steps to undertake market analysis “to correctly define the scope of the concession.”

“Given the time frame of your government, in particular the published schedule for PSO requirements and the plans to conclude the formal process, including the Dutch parliament’s approval, by the end of this year, the matter is extremely urgent,” concludes Vălean.