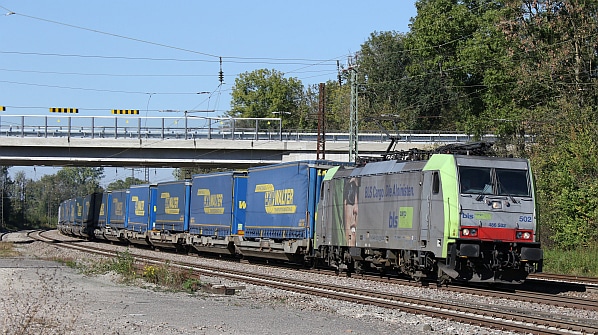 THE European Union Agency for Railways (ERA) published its report on the potential of cross-border rail on December 12, which has assessed how further removal of technical and operational barriers could make international passenger and freight services more attractive and competitive.

Removing these barriers could shorten transit times by as much as 6 hours in the case of freight, ERA says.

The report is based on case studies of four cross border routes, including passenger services from Vienna to Győr in Hungary, and from Berlin to Kostrzyn in Poland.

ERA says that these case studies are based primarily on qualitative inputs, including observations on international high-speed rail connections.

The freight routes studied by the report were from Giurgiu Nord in Romania to Ruse Razpredel in Bulgaria, and the Brenner route between Italy and Austria.

The freight case studies aimed to provide a quantitative evaluation of the impact of technical and operational barriers on transit times, which in turn adversely affect both the amount of freight carried by rail and its modal share compared with road.

In the case of the Vienna - Győr passenger route, the report identifies no major obstacles and says that demand continues to grow. There is still room for improvement, however, as the 10 to 15 minutes required to change locomotives and staff at the border reduces the competitiveness of rail against road.

The report notes that a pilot project is underway to test new locomotives able to operate under both 15kV ac in Austria and 25kV ac in Hungary, which would remove the need to stop at the border.

It also recommends further language training, as driver and onboard staff need to be able to communicate in both German and Hungarian.

Considering the Berlin - Kostrzyn route, the report says this is the busiest regional service between Germany and Poland, with 1000 passengers crossing the border each weekday. This mainly because there is no bus alternative and the journey time of up to 1h 30min by rail is similar to that by car.

However, rail is prevented from exploiting the demand for cross-border services by low-quality infrastructure that suffers from single-track sections, a maximum speed of 120km/h and no electrification.

Other obstacles to development include the need for rolling stock compatible with technical standards in both Germany and Poland, which report says can be challenging to develop economically.

Language barriers also pose another important obstacle for authorities and operators as well as potential users. While operators mainly communicate in English, no common working language could be established between the regional authorities and transport associations, the report says.

ERA’s freight case studies present a much more detailed analysis of the delays caused by differing national technical and operational requirements and their estimated cost.

Between Giurgiu Nord in Romania and Ruse Razpredel in Bulgaria, the report estimates that up to 37,811 hours and €2.81m a year could be saved by the removing Romanian national regulations which delay each train by an average of 6h 24min. These include a requirement to check wagons every 350km and to conduct technical checks both after arrival and prior to departure at the border when trains waits for between 6 to 8 hours.

The second-biggest cause for delays is the lack of what the report calls “real-time communication,” or the smooth transmission of the estimated time of arrival (ETA) of a freight train from one infrastructure manager to another.

On the border between Romania and Bulgaria, this issue is estimated to delay every train by 3h 42min, for a total of up to 21,880 hours and an annual cost of up to €1.87m.

Considering the Brenner route between Italy and Austria, the report estimates that real-time communication issues are delaying each train by 1h 56min, producing 38,752 hours of delay.

Resolving these issues would save up to 38,752 hours and €6.24m a year and would also improve service reliability, which the report says may have a strong impact on the suitability of rail for specific commodities that rely on just-in-time production.

If a freight train is assigned a new operating number at the border between Italy and Austria, it is considered to be a new train even if its composition is unchanged. All train preparation procedures must then be undertaken again, including a as full technical wagon check and brake test.

The report estimates that this delays each train by an average of 118 minutes.

Based on the findings of the study, ERA calls for a reduction in national rules and further development of EU Technical Specifications for Interoperability (TSIs). “Doing so would improve the prospects of international rail transport,” ERA says.

However, Doppelbauer warns that if investment is not provided to improve infrastructure and the customer experience, “essential modal share targets are at risk and won’t be recovered.”