THE Council of the European Union (EU) has formally adopted the regulation establishing the Shift2Rail joint undertaking for railway research following a meeting in Luxembourg on June 16. 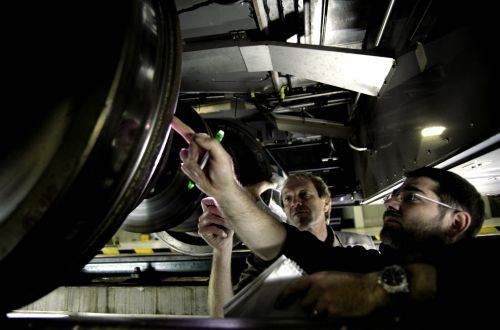 Shift2Rail is a joint research and development (R&D) effort by the European rail sector and the EU that aims to create a step change in rail technology in order to meet three major targets: enhance the capacity of Europe's railway network to cope with increased user demand, increase the reliability and quality of rail services, and significantly reduce the lifecycle cost of the system.

The six-year public-private partnership R&D initiative is worth no less than €920m and will encompass research, innovation, and demonstration activities in all aspects of a rail system. The programme will be co-financed by the private sector and the EU under the EU's Horizon 2020 budget.

The final adoption follows positive opinions released by the European and Social Committee and the European Parliament in March and April respectively and marks the conclusion of the legislative process.

"Today's adoption of Shift2Rail is the culmination of years of preparation by a myriad of stakeholders and is an essential achievement for the future of the rail industry and the whole rail sector in Europe," says Mr Philippe Citroën, Unife director general. "The rail industry looks forward to actively participating in R&D activities that this PPP will soon launch."

For more on the significance of Shift2Rail to the European railway industry see the April 2014 issue of IRJ p32, or click here.