DATA compiled by the European Railway Agency (ERA) shows that 2011 was the safest year on Europe's railways since the first study to compile common data across 27 EU member states and Norway was released in 2006. 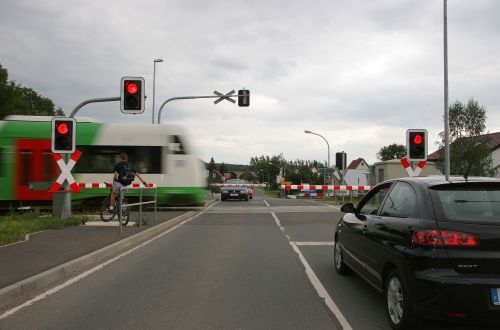 In total there were 1183 fatalities on Europe's railway network during the year, 6% fewer than in 2010, while 1032 serious injuries were reported as overall traffic on the network continued to rise slowly to 4283 million train-km and the number of passenger-km increased by 1% to 401 billion-km.

The number of fatalities decreased in all subcategories apart from unauthorised persons on railway premises who represented 797, or two-thirds, of the total number of people killed. In total, passengers and employee fatalities made up 6% of all fatalities on European railways in 2011.

This data excludes suicides of which there were 2868 instances during the year, the highest number observed since 2006. There were also 2342 significant railway accidents reported, which was a modest decline of 2%, with the most significant fall being reported in collisions which dropped by 15% year-on-year.

Despite a 6% overall fall in fatalities since 2006, level crossings still constitute a substantial share of the total number of accidents reported. Member states reported that 300 level crossing users were killed and 305 were seriously injured in 528 accidents on the EU's 118,230 level crossings during the year.