€25.8bn is set to be available from the EU budget to support European transport projects between 2021 and 2027. 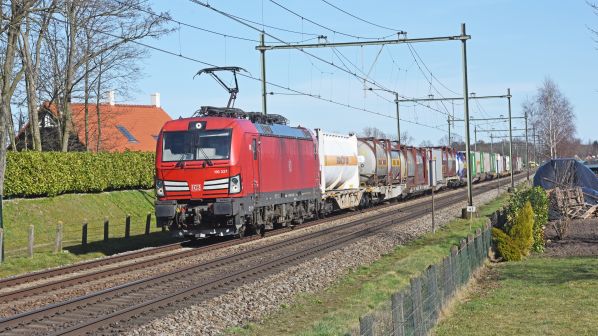 THE European Parliament and European Council have reached a provisional agreement to renew the Connecting Europe Facility (CEF) with a budget of €33.7bn, with €25.8bn earmarked to co-fund transport projects in EU Member States during the 2021-2027 long-term European Union (EU) budget period.

The European Commission (EC) welcomed the agreement, which it says will support Europe’s green and digital transition. The funding will help to deliver projects to meet the targets included in the European Green Deal to reduce overall emissions by 90% by 2050 and in the Digital Decade to improve digital infrastructure, uptake and skills across the EU by 2030.

The funding will also support the objectives of the Smart and Sustainable Mobility Strategy, announced in December, which identifies initiatives in 10 areas. Among other goals, the strategy aims to double high-speed rail traffic in Europe and deliver carbon neutral collective journeys below 500km by 2030, and double rail freight traffic and provide a multimodal TEN-T network with high-speed connectivity by 2050.

The provisional agreement now has to be formally approved by the parliament and the council.

“The Connecting Europe Facility is central to completing the Trans-European Transport Network (TEN-T), as well as making it greener and more digital,” says European transport commissioner, Ms Adina Vălean. “It will serve to bridge critical cross-border transport connections, shift more traffic towards rail and inland waterways, and boost multimodal integration. We must have a smarter, more sustainable and crisis-proof transport system, and CEF will be key to making that happen.”

The April edition of IRJ will include an exclusive interview with Adina Vălean.