THE members of the Community of European Railways and Infrastructure Managers (CER), the International Rail Transport Committee (CIT), the association of European Rail Infrastructure Managers (EIM), and the International Union of Railways (UIC) have joined forces to present a joint roadmap that promotes the use of digital technology in the rail sector. 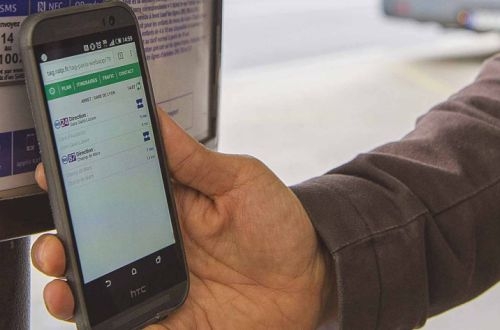 The aim of the initiative is to strengthen cooperation within the industry and with third parties, and to call on the support of EU institutions to collectively deliver a digital railway. This entails:

• offering connected railways by providing reliable connectivity for a safe, efficient and attractive operations
• enhancing customer experience by offering better and added value services
• increasing capacity by enhancing reliability, efficiency and performance, and
• boosting competitiveness by making the most of transport data.

The roadmap encourages the European Commission, supported by the European Parliament and the Council, to establish a legislative framework that offers mandatory coverage and good data connection speeds on railway lines by 2016-17. It also says that by 2018-19 public authorities, EU institutions, the European Railway Agency (ERA), and standardisation bodies must meet the rail-specific requirements on connectivity in order to offer safe operations, and that the European Commission must play a role in spectrum harmonisation in order to provide interoperable rail services.

The document also encourages EU institutions to draft harmonised standards on security requirements relating to the rail sector, and to focus on providing better information for travellers and improving connections between the different modes of transport when addressing compatibility, interoperability and continuity of ITS solutions. Similarly, it calls for the EC to take rail into account when addressing the upcoming free flow of data proposal, which is expected in November 2016, and backs projects to develop automatic train operation such as those underway in the Shift²Rail initiative for main line railways, stating that an operational concept should form part of the next ERTMS baseline.

"The challenge will be to develop collaboratively joint visions for the future versus silo thinking in the past," Heiming says. "Rail infrastructure managers will gain a lot from this collaborative approach."