European Court rules against vertical separation in Austria and Germany

THE integrated structure of railways in Germany and Austria does not contravene European legislation on liberalisation, according to European Court of Justice Advocate General Mr Niilo Jääskinen, who today delivered his opinions on infringement actions brought against several European Union (EU) member states by the European Commission (EC). 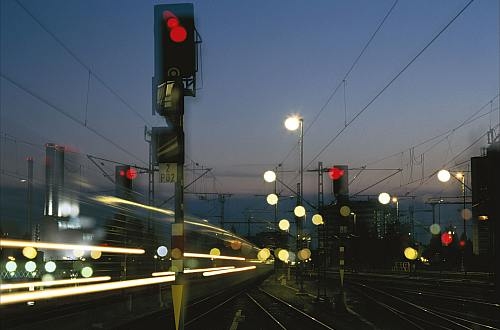 Jääskinen said that European Directive 91/440 does not require institutional separation of the incumbent operator from the infrastructure manager, and that the holding company structure adopted for Austrian Federal Railways (ÖBB) and German Rail (DB) is legally sound.

Although still subject to deliberation by the Judges of the Court, who will deliver the final verdict on the case, the Advocate General's conclusions will be welcomed by German Rail (DB), which has lobbied doggedly against the hiving off of its infrastructure subsidiary DB Networks.

Jääskinen also rejected the EC's arguments that Germany failed to fulfil its obligations with regard to the fixing of charges and the implementation of a system to limit infrastructure costs and reduce the level of access charges. He has therefore concluded Commission's actions must be dismissed.

"This is an important signal, not only for the institutions that will soon receive the EC proposals for the Fourth Railway Package, but also for all those Member States that recently took a decision to separate their rail holdings not because factual economic evidence suggested it, but because of the pressure of the EC services based on a biased interpretation of the rail acquis [EU legislative precedent]," says Mr Libor Lochmann, executive director of the Community of European Railway and Infrastructure Companies (CER).

The EC will seek a more permanent legislative solution to the issue as part of the forthcoming Fourth Railway Package. However, in an exclusive interview in the September issue of IRJ, DB CEO Dr Rüdiger Grube said he does not see vertical separation as inevitable. "We will see whether the EC comes up with a proposal on the issue and how it is seen by the European Parliament and the Council," he says. "In my opinion, it is crucial that the principle of model neutrality is preserved. I'm confident that the track record of our system regarding transport performance, benefits to the customer, public expenditure, and the development of competition will prevent politicians from eliminating this option for the future."

However, Jääskinen upheld several complaints lodged by the EC against other member states. He says that Spain has failed to fulfil its obligations by discriminatory treatment of new entrants to the market, who are disadvantaged in comparison with incumbent operator Renfe, which he argues has preferential access to infrastructure. He also says Hungary has infringed the directive by failing to ensure the accounts of the infrastructure manager are in balance, although he also ruled that MÁV and GySEV do not gain any competitive advantage from retaining path allocation functions.