THE European Parliament voted to adopt the market pillar of the Fourth Railway Package at a plenary session in Strasbourg on December 14 in the final stage of a legislative process which will open Europe’s railway sector to greater competition. 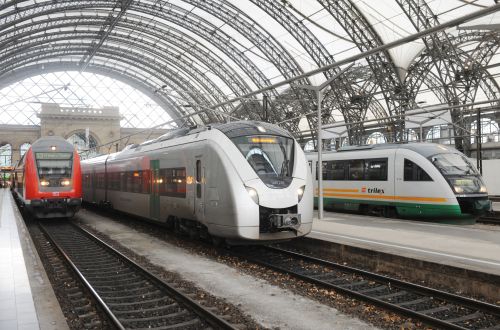 The market pillar will make it compulsory for member states to open the market for domestic passenger services by December 2019, while competitive tendering for Public Service Obligation (PSO) rail services will be obligatory in the majority of cases from December 2023. Direct award will still be permitted for PSO contracts with an annual value of less than €7.5m or 500,000 train-km, but any contracts awarded directly will have to include performance requirements specifying minimum standards for punctuality, frequency, transport capacity, and rolling stock quality.

Legislative texts revising Directive 2012/34 (the Governance Directive) and and Regulation 1370/2007 (the PSO Regulation) will be published in the Official Journal of the European Union in the coming days.

Initially put forward by the European Commission in 2013, the Fourth Railway Package comprises six legislative proposals, which seek to improve the efficiency and competitiveness of rail in the European Union as part of the objective of establishing a Single European Railway Area. The package comprises six legislative proposals, three of which comprise the technical pillar with the remainder making up the market pillar.

Proposals for the “unbundling” of train operations and infrastructure management encountered heavy resistance from some member states. The market pillar therefore allows retention of infrastructure and operational functions within a single vertically-integrated holding company (as is currently the case in France, Germany, Austria, and Italy) but with safeguards to ensure independence of the infrastructure manager.

The technical pillar of the Fourth Railway Package was approved by the European Parliament in April and came into force in June.

An update on the Fourth Railway Package will appear in the January 2017 issue of International Railway Journal.