THE EUROPEAN Parliament has today given its final vote of approval to the recast of the First Railway Package, which will include provisions for strengthening national regulators, improving the framework for infrastructure investment, and ensuring fair access to the network. 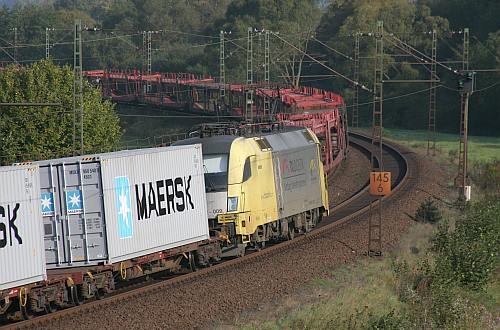 The Rail Recast Directive seeks to simplify currentlegislation and merges all three existing directives and their successive amendments.

The European Commission (EC) says the measures will tackle what it sees low levels of competition, discriminatory practices, and the persistence of conflicts of interest, particularly in access to rail-related services such as access to terminals and maintenance facilities. The legislation will require more detailed and frequent network statements, improved (and in certain cases guaranteed) access to rail-related services, and establishes explicit rules on conflicts of interest.

Furthermore, it aims to address the perceived lack of regulatory oversight by national authorities. The EC argues regulators in most member states are understaffed, have limited investigative powers, and cannot enforce their decisions with financial penalties. Under the recast, member states will be required to ensure the independence of regulators from other public authorities, enhancing their powers and requiring them to cooperate on cross-border issues.

The recast will also require long-term strategies and multi-annual contractual agreements between the state and infrastructure managers linking funding to performance and business plans. It will also require more precise and "smarter" rules on access charging, a long-term issue of contention in many member states.

While welcoming the recast, Community of European Railway and Infrastructure Companies (CER) says it is concerned that the adequate financing of infrastructure managers lies under a "may" clause in the final text, and that ETCS-differentiated charging is likely to penalise operators running on lines not equipped with ERTMS.

The recast will need to be formally ratified by the member states, but the EC says the way is now clear for a second reading of the final agreement. This will allow the legislation to come into force by the end of the year, and it is due to be transposed into the legal systems of the member states by early 2015.

"These new rules will significantly change the way competition works on the rail market," says transport commissioner Mr Siim Kallas. "This is a very substantial step forwards. At last we can close loopholes in the current laws that can allow discrimination against newcomers and block operators from providing new and innovative services."