THE European Union moved an important step closer to harmonised safety approvals for railway equipment and operators on April 28, when the European Parliament approved the European Council's common position on the technical pillar of the Fourth Railway Package. 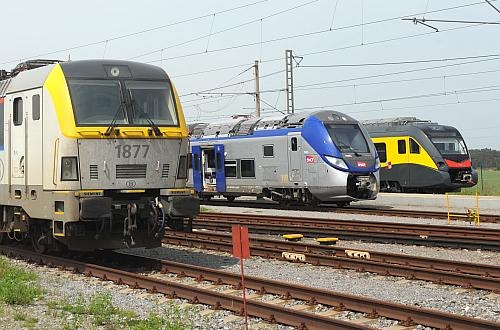 The European Commission put forward six legislative proposals forming the Fourth Railway Package in January 2013. Three of these proposals make up the technical pillar, which seeks to accelerate safety approvals and reduce their cost, transferring powers from national safety authorities to the European Railway Agency (ERA), and giving the agency an enhanced role in the development and deployment of ERTMS.

Adoption of the technical pillar will centralise responsibility for signalling and EU-wide vehicle authorisations and operator safety certification with ERA, which will ultimately become a "one-stop-shop" for approvals. The technical pillar will give ERA powers over the National Safety Authorities, which will retain a remit to authorise rail vehicles for domestic operation.

ERA's first task will be to set up an IT portal for the one-stop-shop for safety and vehicle certification. This will need to be completed by 2018 to enable a switch to the new authorisation system in 2019.

To cope with its enlarged remit, ERA will also need to increase its workforce from 165 staff to more than 200 by 2019.

The Commission anticipates that by 2025 the technical pillar will reduce market entry time for new operators by 20% and cut the time taken for rolling stock approvals by 20%, saving the industry an estimated €500m a year.

"The European rail industry would like to thank the European Institutions for their hard work and constructive approach on this file over the past three years," says Mr Philippe Citroën, director general of the European Railway Industry Association (Unife.) "The Technical Pillar will definitely boost the competitiveness and attractiveness of the European rail sector as a whole."

Community of European Railways and Infrastructure Managers (CER) executive director Mr Libor Lochman says the technical pillar will complement the market pillar, which was also approved by the European Council on April 28, to improve the competitiveness of rail transport in Europe. "We have to understand that this is much more than a mere 'technical' pillar, as if it was all about solving engineering puzzles," Lochman says. "Rather, this legislation represents the biggest contribution to rail transport policy that we've seen in years: once in force, EU domestic and international markets will be truly open, and competition between operators and business models will truly be possible."