MEMBERS of the European Parliament (MEPs) have endorsed two proposals aimed at maintaining the same set of rules for the Channel Tunnel following Britain’s exit from the European Union. 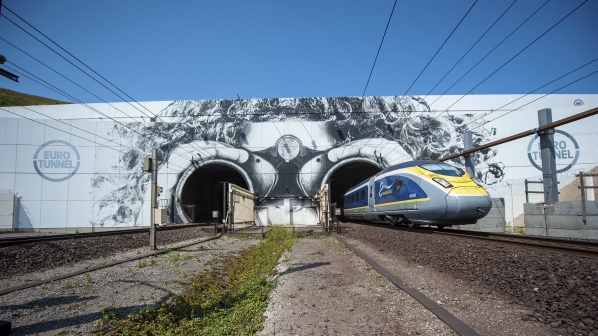 The legislation will enable France to negotiate a new international agreement with Britain and maintain the Intergovernmental Commission as the main safety authority for the tunnel. The arrangements will also allow negotiations between France and Britain over regulations covering safety and interoperability arrangements to begin immediately.

The amendments adopted by the European Parliament correspond to the European Council’s position, which will now have to formally adopt its first reading position. The regulation will enter into force the day after its publication in the Official Journal of the EU.

If an agreement between France and Britain is not reached by January 1 2021, the national safety authorities in each country would have authority over their own half of the tunnel, with EU regulations not applying to Britain’s section of the tunnel.

Revenue from the Channel Tunnel was €219.8m in the third quarter of 2020, down 19% from €272.8m during the same period last year. Revenues for the quarter declined to a lesser extent than in the first half of the year thanks to the relatively good performance of the group’s Shuttle services, which was down only 2% at €181.2m.

This was a result of the bounce back observed following the temporary lifting of quarantine measures in Britain during Le Shuttle’s peak summer season, the resilience of the Truck Shuttle’s traffic and the positive effects of the group’s yield management strategy. Network revenue dropped by 57%, due to lower Eurostar passenger numbers and a reduction in the number of cross-Channel freight trains.

During the third quarter, Getlink separated the roles of CEO and chairman of the board, with Mr Yann Leriche taking over as CEO while Mr Jacques Gounon remains as chairman. Mr Géraldine Périchon was appointed as chief financial officer on September 7.

Getlink has launched an action plan in response to the economic uncertainty caused by the Covid-19 pandemic, with an immediate focus on cost reduction and strict cash management, including furlough and reduced activity for its Eurotunnel teams. The group held of solid cash position of €596m at the end of September.

Following the introduction of new travel and quarantine restrictions in response to the second wave of Covid-19 across Europe, Getlink has withdrawn its guidance of a consolidated Ebitda target of €350m for 2020.