Feve to merge with Renfe and Adif

SPAIN'S Development Minister Mrs Ana Pastor has confirmed that the government is planning to abolish metre-gauge railway authority, Feve, and split its activities between national train operator Renfe and infrastructure manager Adif, both of which are currently state-owned. 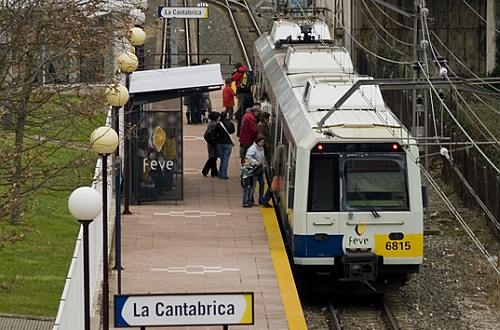 The move is part of the government's national reform plan, which was approved by the cabinet on April 27.

Asked whether this would result in privatisation of the state's remaining rail assets, Mrs Pastor noted that this will be revealed "when the government has made its decisions."

In Asturias, where Feve operates a 504km network, the regional government has condemned the breakup of the railway as "very poor," given its recent focus on boosting efficiency through reducing the workforce and making budgetary adjustments. Regional president Mr Francisco Alvarez-Cascos says that the only way to successfully restructure and reform Feve would be to enhance its competitiveness with other modes.