The plan will initially focus on renewal of the network. 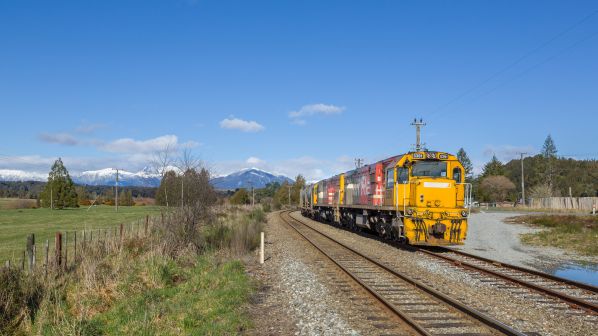 The plan includes the possibility of increasing axle loads in the South Island to 18 tonnes.
Photo Credit: David Gubler

THE New Zealand government has released its final New Zealand Rail Plan, which outlines its objectives for rail investment over the next decade with an initial focus on renewing the existing network and fleet to create a platform for expansion in subsequent rail plans.

“By 2052, freight tonnage in New Zealand is expected to increase by more than 40% and we would like to see the rail network play a role in supporting this growth,” the government says.

While the plan doesn’t commit funding to any particular projects, it does indicate the government’s priorities for rail investment. The full list of commitments is due to be included in the Rail Network Investment Programme (RNIP), the first of which is scheduled to be published in the middle of this year.

The government last year passed legislation to fund rail alongside other modes of transport such as road and air through the National Land Transport Fund (NLTF). The plan says the government is also exploring the introduction of track access charges to ensure rail users contribute to the NLTF. However, this will be carefully considered in light of the impact of Covid-19 on operators and passenger numbers.

The 2021 Value of Rail report released alongside the plan found that the total value of rail to the New Zealand economy was estimated at $NZ 1.7-2.14bn ($US 1.2-1.54bn) each year from reduced congestion by taking cars and lorries off the road; reduced greenhouse gas emissions and air pollution; improved road safety, including fewer injuries and fatalities; lower road maintenance costs for taxpayers; and fuel savings.

The plan outlines a number of key priorities for investment over the next 10 years:

There are also further opportunities to support the rail freight and tourism sectors, which present strong opportunities for growth with targeted strategic investment. The plan says future priorities could include:

“The beauty of the Rail Plan, and the related work programme, is that for the first time KiwiRail has certainty about investment in the network,” says KiwiRail chief executive, Mr Greg Miller. “For us, that means we can recruit staff and take on apprentices knowing that a 10-year pipeline of work is in front of us. It also gives us certainty about procurement because we know there will be investment in the network.”