The agreement includes cooperation on the Helsinki - Tallinn tunnel and Rail Baltica. 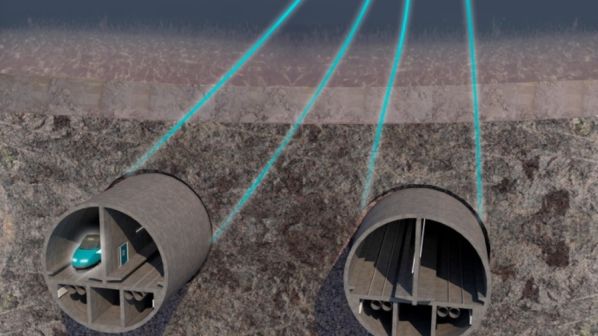 A Finland - Estonia tunnel is one of the projects included in the MoU.

FINLAND and Estonia have signed a memorandum of understanding (MoU) on cooperation in the transport sector and the exchange of information to promote large-scale transport projects, including the Helsinki - Tallinn undersea tunnel, Rail Baltica, the Trans-European Transport Network (TEN-T), and North Sea - Baltic Sea core network corridor. The MoU provides an improved environment for applying EU funding for the projects.

The agreement, which will be in force until 2030, was signed on April 26 by Finland’s minister of transport and communications, Mr Timo Harakka, and Estonia’s minister of economic affairs and infrastructure, Mr Taavi Aas. The states are not bound by the MoU to any individual projects.

The Helsinki-Tallinn tunnel included in the agreement mirrors the privately-developed proposal by Baltic developers Mr Peter Vesterbacka and Mr Kustaa Valtonen, who are planning to construct a 103km tunnel connecting Helsinki Vantaa airport in the north with Tallinn airport in the south, including an 80km undersea section.

The publicly-developed proposal included in the MoU builds on the results of a feasibility study published by the FinEst Link project in February 2018. Based on the study, a working group of representatives of the Finnish and Estonian Ministries of Transport and Communications and the cities of Helsinki and Tallinn will assess the follow-up action required.

The MoU states that the Helsinki - Tallinn tunnel is a unique project of the future that would require innovative actions and diversified sources of funding. Together with Rail Baltica, it would provide quick access to Central Europe.

“Finland and Estonia have very ambitious rail projects underway,” Harakka says. “Our countries and capitals are located in the same EU core network corridors that will soon be expanded. In order to take advantage of the opportunities this will bring, it is wise to develop our transport systems in good cooperation and on the basis of close exchange of information. The overall objective should be that the transport systems of Finland and Estonia operate in multimodal integration, providing high-quality and sustainable journeys and transport between Northern and Central Europe.”

Aas said he is glad the two countries have agreed upon a common ground for the Tallinn - Helsinki tunnel project and Rail Baltica. “The final stop of Rail Baltica should not be Tallinn but Helsinki,” he says. “Integrating the tunnel to TEN-T will serve as a new freight gateway to Europe and make our capitals a twin-city.”

For detailed data on rail projects in the Baltic region, subscribe to IRJ Pro.