FINLAND’s passenger rail market will be opened to competition in the early 2020s, ending the monopoly of incumbent operator VR Group, under plans unveiled by minister of transport and communications Mrs Anne Berner and minister of economic affairs Mr Mika Lintilä on August 9. 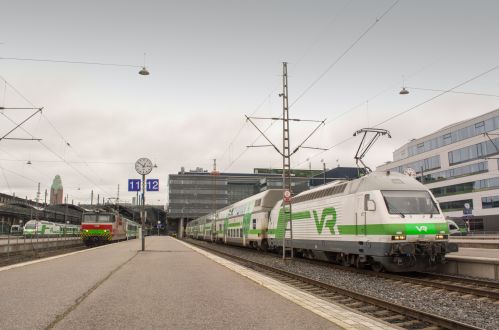 The government says the phased reforms “will be carried out in an orderly manner...and follow the principles of good human resources policy.”

Market opening is intended to give authorities at city, county and regional levels greater influence over the specification and procurement of train services and the government says counties will be involved in the national tendering process “right from the beginning.”

The measures will bring Finland in line with the European Commission’s Fourth Railway Package, which was approved in December 2016. Passenger services will be tendered out based on a concessional basis with contracts specifying minimum service standards.

Market opening will begin in the south of the country and the process will run in parallel with the competitive tendering of suburban rail services under the jurisdiction of Helsinki Regional Transport (HSL). According to the Ministry of Transport and Communications, the first of these concessions will come into effect in the early 2020s and the new procurement model will be rolled out across Finland by June 2026.

“This reform aims to encourage rail operators to become more responsive to customer needs, improve the quality of services, and increase the share of rail services in passenger transport,” Berner explains. “The opening of the market to competition will promote fare competition and reduce transport costs with easier access to rolling stock.”

The government says it wants to create an “equal and competition-neutral environment” to provide a level playing field for the newly-liberalised market.

Lintilä confirmed that VR’s rolling stock, maintenance, and property activities will be split off into three new state-owned companies and this restructuring will be completed “as soon as possible.”

The transfer of VR Group’s freight and passenger fleets to the new rolling stock company will be phased to ensure this does not disrupt the company’s ability to meet its current contractual obligations. Staff transferring to the new companies will retain their current terms of employment.

The current agreement between the Ministry of Transport and Communications and VR Group guarantees the operator the exclusive right to provide passenger services until the end of 2024. With the planned liberalisation of the market, this agreement will need to be renegotiated.

Working groups including VR Group staff representatives will now be established to prepare the industry for the implementation of the reform programme.