The contract comprises a core four-year term with an option for a four-year extension. 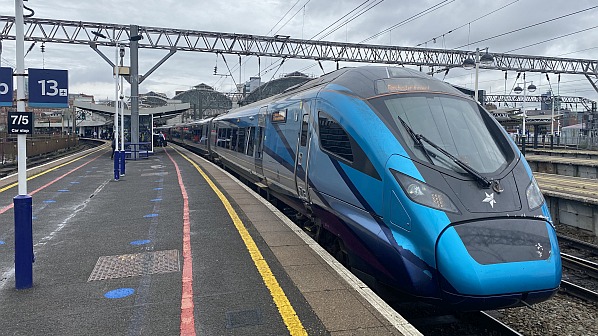 BRITAIN’s Department for Transport (DfT) has announced its intention to award FirstGroup a national rail contract for the continued operation of TransPennine Express (TPE) for a 96-month period.

The new contract is expected to start between April 1 2023 and May 28 2023 and will comprise a core term of four years with up to a further four years entirely at the discretion of the secretary of state for transport. After the core term, the contract can be terminated at any point with a minimum of three months’ notice.

Key features of the direct award will be an obligation to support delivery of the Trans-Pennine route upgrade (TRU) programme and to comply with and support the delivery of both rail services and workforce reform.

The DfT said that the length of the contract is intended to ensure service and stewardship continuity given the complexity of the planned TRU programme. This will include electrification, track tripling of certain sections around Huddersfield, and infrastructure upgrades across the network.

TPE launched a tender for up to 30 new bi-mode locomotives earlier this year, while it has yet to fully introduce the CAF fleet ordered when First won the initial franchise in 2015. Trials are also due to start this year with a battery-powered Hitachi class 802/2 on the TPE network.

First Group and the DfT agreed a £6m termination fee for the TPE franchise agreement in May 2021, around £50m less than the operator assumed. This payment was a condition of the Emergency Recovery Measures Agreements (ERMA) put in place by the DfT in September 2020 to enable train operating companies to continue to provide a service during the pandemic when ridership was suppressed.