CHINA's former railway minister Mr Liu Zhijun, who was dismissed from the post in February 2011 for what was described at the time as "serious disciplinary violations," has been charged with bribery and abuse of power, according to a report from the Xinhua News Agency. 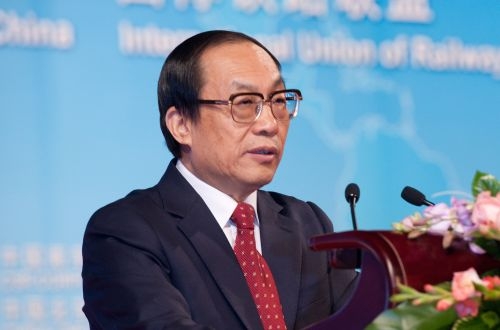 Xinhua reports that Beijing No.2 People's Procuratorate, a prosecution and investigation agency, filed the charges with a local court in Beijing. No trial date was mentioned.

Local media reports suggest that Liu is accused of taking bribes worth a total of Yuan 60m ($US 9.7m) relating to railway projects, and is alleged to have collaborated with railway supplier Ding Shumiao, who is said to be a close friend, to generate illegal profits worth Yuan 3bn. According to reports on April 11, Liu has changed lawyers after his attorney, Mr Gao Zicheng, could not guarantee he would escape execution for his crimes. Under Chinese criminal law, the death penalty can be imposed for taking bribes exceeding Yuan 100,000.

"He asked me to guarantee that he would not face the death penalty, but I couldn't do that," Gao told the Beijing Times.

Liu was replaced as railways minister by Mr Sheng Guangzu who is set to become the head of the new China Railway Corporation (CRC) which is being established as part of a restructuring of the Ministry of Railways (MOR) announced last month. CRC will take up the MOR's commercial operations while administrative responsibilities will be transferred to the State Railway Administration.

Liu is credited as the driving force behind China's ambitious high-speed rail construction programme which has enabled the country to develop the world's largest network in under a decade.

However, in the aftermath of the Wenzhou high-speed crash in August 2011 in which 40 people died and 191 were injured, the ministry and Liu were criticised for sacrificing safety for rapid network expansion. The top operating speed on high-speed lines has since been scaled back along with the construction programme itself while safety checks and staff training has been improved.