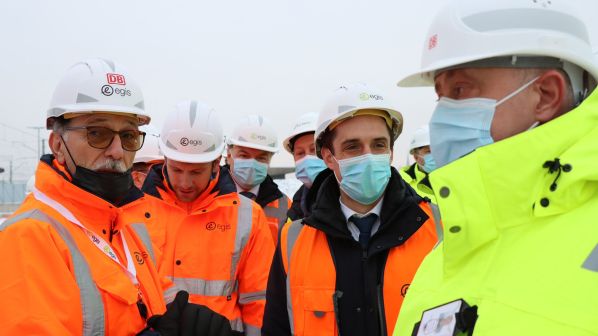 FRENCH transport minister, Mr Jean-Baptiste Djebbari, says decarbonisation and innovation are priorities for the transport sector as the French government begins its six-month presidency of the European Council.

Djebarri confirmed the agenda during a meeting with Mr Talis Linkaits, Latvia’s minister of transport, on January 10. The ministers discussed the major investments needed to achieve the objective of a 55% reduction in greenhouse gas emissions by 2030 compared with 1990 and carbon neutrality by 2050.

Among Djebbari’s priorities for rail are the further development of night trains and high-speed lines, which are considered essential to enable passengers to choose trains over planes for European and transnational journeys, and the development of alternative fuels. Djebbari confirmed France’s ambitions to grow its overnight network last month. A formal event to launch Europe’s Rail, the follow-up to the Shift2Rail European research initiative, is also set to take place during the first half of 2022.

Djebbari’s visit to Latvia included a tour of a construction site for the Rail Baltica project to connect Latvia with its neighbours, Lithuania and Estonia, a project described as strategically important not just for the Baltics, but for the entire European Union.

France's presidency is set to be heavily disrupted by the French presidential election, which is scheduled for April 10-24, and the subsequent legislative election.