THE French prime minister, Mr Edouard Philippe, conducted the first meetings on February 19 to discuss the reform of French National Railways (SNCF) following the submission to him on February 15 of a report on the future of rail transport by a commission led by former Air France-KLM chairman Mr Jean-Cyril Spinetta. 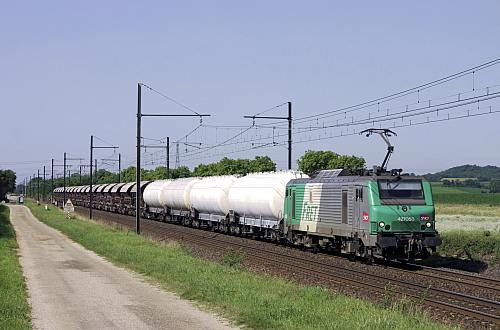 SNCF Network has set up a system to keep essential freight flowing despite the coronavirus.

The meetings, which were held by the prime minister and the transport minister, Mrs Elisabeth Borne, were attended by Mr Guillaume Pepy, president of SNCF, Mr Frédéric Saint-Geours, chairman of SNCF, Mr Partick Jeantet, CEO of SNCF Network, and the heads of the railway union.

The government is keen to address SNCF Network’s debt, which is growing at the rate of around €3bn each year and reached €46bn in 2017, but says it will not start to reform SNCF until it has consulted widely.

While praising the railway for growing passenger traffic, largely due to the success of TGV high-speed and commuter services, the report is highly critical of the performance of the railway in terms of reliability and safety, which it blames on the poor state of the infrastructure due to lack of investment, the continuing poor financial performance of SNCF’s rail freight business, and a lack of preparation for competition heralded by the European Union’s Fourth Railway Package.

The Spinetta report proposes 43 measures including some radical reforms, beyond those carried out in 2015 when the former infrastructure manager, French Rail Network (RFF) was merged with SNCF under a holding company without capital, which in France is called an Epic.

Spinetta calls for both SNCF Mobility, the train and station operators, and SNCF Network, the infrastructure manager, to become public limited companies, with SNCF Network taking over responsibility for stations and security.

Spinetta wants the government to relieve SNCF Network of its debt in order to put it more a sustainable financial footing. Spinetta questions railway investment priorities. The report says France is a paradox in Europe spending 15% of public resources devoted to rail transport on less than 2% of rail passengers. It also points to an absence of a drive to improve efficiency, where costs have been allowed to rise.

As a means of controlling costs and increasing flexibility, Spinetta wants new employees to be hired under less-generous terms of employment than those enjoyed by existing staff. The largest railway union has already reacted by calling for a day of action on March 22 and another union says it is ready to join in, while a third is consulting its members.

Underinvestment
According to the report, the conventional rail network has suffered from massive underinvestment since the end of the 1970s due to the focus on building high-speed lines with the result that delays caused by infrastructure failures are steadily increasing and 5500km of lines are subject to speed restrictions due to the poor state of the track.

Spinetta acknowledges that infrastructure spending was increased 2.5-fold in 2006 and is currently running at €2.6bn a year. Spinetta wants investment to be focused on lines carrying the most traffic and concentrated on upgrading conventional main lines, such as those from Paris to Lille, Lyon and Tours, rather than building high-speed lines, while he argues lines carrying very little traffic should be closed.

Unlike several EU member states, France has not put the operation of any regional services out to competitive tender, nor allowed any passenger competition from private open-access operators. Spinetta says the passenger market should be opened up to competition next year with a view to having the first new operators in service by 2021.

As far as freight is concerned, the report points to the continuing decline volumes during the last 20 years which accelerated during the 2008-09 economic crisis, but which has now stabilised at 32 billion tonne-km a year. SNCF’s share of the overall freight market has dropped from 18% in 2003 to 10% in 2016. This is due to the demise of coal traffic, deindustrialisation, and the relative sluggish performance of French ports. This has been exacerbated by the large amount of engineering works on the network which has disrupted freight services, and by competition from new freight operators since 2006 which now carry 40% of the traffic.

Despite a recapitalisation of Fret SNCF by the government in 2005 to the tune of €1.4bn, losses have continued to mount at Fret SNCF which have led to an accumulation of debt totalling €4.3bn in 2016. Spinetta recommends another recapitalisation of SNCF Fret by transferring most of the debt to SNCF Mobility while Fret SNCF becomes a subsidiary company. Spinetta also wants SNCF Network to create a subsidiary to deal directly with freight issues.