FRENCH prime minister Mr Édouard Philippe confirmed at a press conference at the Hôtel de Matignon in Paris on May 25 that the state will take on €35bn of French National Railways’ (SNCF) €47bn debt if unions allow the administration of president Emanuel Macron to move forwards with its rail reform programme. 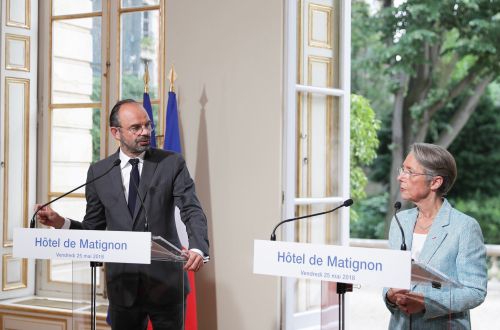 Philippe says the government will also increase investment by €200m above the current €3.6bn a year from 2022 onwards to “enable trains to run more regularly on a more efficient network.”

“Today SNCF is nearly 30% more expensive than its competitors,” Philippe says. “By 2026 the competitiveness gap must be reduced by two-thirds. It is the job of SNCF’s management to implement this commitment from the beginning of next year.”

“We have chosen to save the public railway service. I said the state would take responsibility for giving SNCF a viable economic model in the long-term, so it could exist without living on credit, and that’s what we are going to do.”

“We will put an end to 30 years of indecision regarding SNCF’s debt. Since the early 1990s, no government has addressed this problem.”

The debt relief offer was announced following a meeting between Philippe and the rail unions. The secretary general of the Unsa says his union will now be looking to suspend upcoming strike action, although the CGT union has pledged to “continue the fight” against the government’s plans.