THE Association of French Regions (ARF) has called on the French government to liberalise the market for the operation of regional rail services by 2019 as tensions between its members and French National Railways (SNCF) continue to increase. 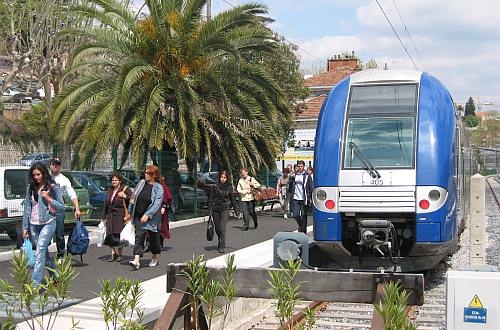 In its Manifesto for the Renewal of the Regional Rail Network, which was published on March 11, ARF says regions can no longer cope with the rising cost of providing regional services, which have increased by an average of 4.4% per year since funding for regional services was decentralised in 2002.

ARF says that the conflict in recent months between regional governments and SNCF demonstrate that the model 2002 is no longer sustainable. Since the start of this year seven French regions have suspended payments to SNCF due to poor service.

In the short-term, ARF is calling for full transparency on regional rail contracts, the appointment of independent observers to monitor service delivery, and stabilisation of costs.

However, in the longer term, the report urges the French government to strengthen the role of the regions as organising authorities for rail services, giving regional governments greater control over stations, fares revenues, and the acquisition of new rolling stock. Nine regions have recently formed an association with the aim of taking greater control of rolling stock procurement, and the new body will hold its first formal meeting next month.

ARF is also calling for the creation of a dedicated fund to finance regional rail networks, together with the introduction of legislation which would enable competitive tenders for the operation of regional services by the end of the decade.