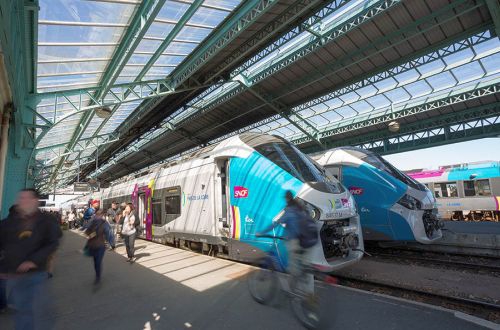 The paper is the result of a consultation carried out between March and July 2017, which involved stakeholders from French and European train operators, regulatory authorities, infrastructure managers, trade unions, and passenger groups. A technical working group was also established in October 2016 dedicated solely to the issue of market opening.

The chairman of the association’s transport committee Mr Michel Neugnot told a press conference in Paris that the regions are looking for the reforms to deliver progressiveness, flexibility, and transparency.

Neugnot says all regions agree that that they should be allowed to move forward at their own pace, with the timescales for competitive tendering taking into account the specific characteristics of their networks, the quality of the relationship between the region and incumbent operator SNCF Mobility, and local conditions. The regions argue that they should be allowed to operate services directly, either through a local public transport authority or a public company.

Some regions are already making preparations for market opening. For example, Provence-Alpes-Côte d’Azur has already launched a call for expressions of interest in anticipation of a future competitive tender for the operation of regional train services.

The association says the new law on market opening must introduce a flexible framework for contractual relations between the region and the operator, allowing the region to adapt operations to local conditions, in particular by allowing the transfer of rolling stock and maintenance facilities. “The law must not dictate a minimum or maximum size for each lot, or a minimum or maximum contract duration,” Neugnot says. “The regions ask the state not to impose norms and regulations beyond what the EU recommends.”

Another key issue identified in the consultation is the transfer of staff between companies. “Openness to competition cannot be done on the backs of staff, or on the back of a public service that needs to be improved.” Neugnot says. “There must be a balance between respect for the status of railway workers and the need to change the production system.”

Finally, the association says the law must allow the regions to exercise their role as transport organising authorities, with a mandatory transfer of operating and financial data for all lines to the regional governments.

To comply with the provisions of the market pillar of the Fourth Railway Package on procurement of public service obligation (PSO) rail services, France will need to enact legislation by the end of this year to enable the public tendering of contracts to begin by the end of 2019. Neugnot says the regions hope the French government approves this legislation within six months.