THE board of Italian State Railways (FS) issued a statement on July 27 refuting the claim on July 25 by Italy’s minister of infrastructure and transport, Mr Danilo Toninelli, that it had not followed its own articles of association, and therefore the board and its CEO Mr Renato Mazzoncini, should be dismissed. 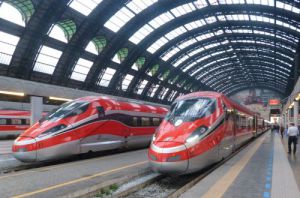 The FS board says it has “followed strictly and diligently” the provisions of its articles of association. “According to the articles of association, the board of directors may remove the CEO in the case of the existence of a referral for trial or, as in this case, submit a proposal for the CEO to remain in office in order to safeguard the pre-eminent interests of the company,” the FS board says.

“Therefore, the board did not circumvent the statutory provisions, but acted in full compliance with them, under the supervision of the supervisory authorities that attend board meetings.”