DURING its general assembly held this week in St Petersburg, the International Union of Railways (UIC) unanimously selected Mr Renato Mazzoncini, CEO of Italian State Railways (FS), as its new chairman for the two-year term from 2017-2018. 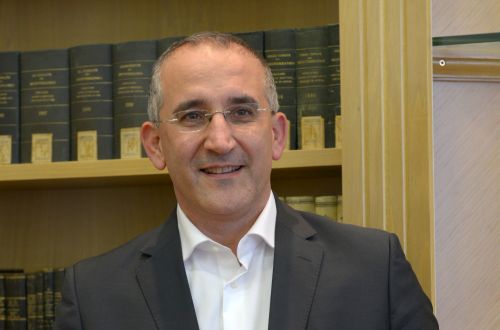 In addition, the UIC has elected Mr Isa Apaydin, president of the board and director general of Turkish State Railways (TCDD) and current chairman of the UIC Middle-East region, as its new vice-chairman.

Mazzoncini was appointed CEO of FS in December 2015. During his acceptance speech, he praised the recent work of the UIC to build bridges with non-government organisations such as the United Nations, and to provide rail with the platform to influence policy on issues such as sustainability and the environment, and intercontinental corridors.

However, with four billion of the world’s population of seven billion people living in big cities, Mazzoncini said that these figures show where the railway community must position itself effectively to tackle the fight against congestion, pollution and noise, and that it must work closely with other organisations to achieve its objectives.

“I believe that UIC has to further develop this issue working at a worldwide level with organisations such as the International Association of Public Transport (UITP) and all organisations with competence for transport and mobility issues,” Mazzoncini said.

Reflecting on his term as chairman, Belozerov praised the UIC’s efforts under RZD’s chairmanship to work in new areas, namely cyber security and digital technologies as well as providing the platform for heavy transport and the long-term development of all six UIC regional assemblies.

He also highlighted issues that he believes will occupy an important place in the future work of the UIC. This includes the risks associated with the further globalisation of the economy, progressive urbanisation, and the need to develop rail transport systems in metropolitan areas. He also pointed to global financial destabilisation, further developments in digital technologies, the growth of international terrorism, and increasing flows of undocumented migrants as major issues that the industry cannot ignore.

“The world is changing and it is important to follow new trends and clearly respond to changing times,” Belozerov said.