THE CEO of Italian State Railways (FS) has set out his future strategy for FS covering five key areas - mergers, the planned IPO, expansion abroad, door-to-door travel, and freight restructuring – which will form part of FS’ 10-year plan to be presented at the end of September. 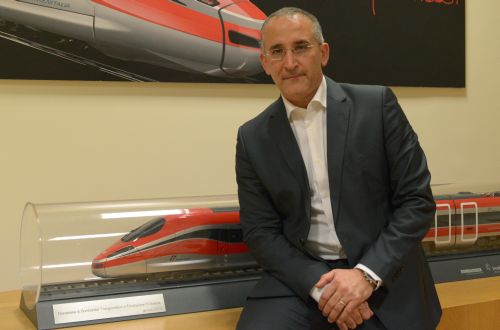 FS is examining two avenues for mergers and acquisitions. One concerns the acquisition of local public transport operators such as ATAC in Rome in order to be able to offer passengers an integrated service. Referring to a possible merger between Milan’s public transport operator ATM and Lombardy regional operator Trenord, FS CEO Mr Renato Mazzoncini says this could form the basis for future integration.

The Italian government has asked FS to study a possible merger with Italy’s state-owned road construction and management company Anas. “During the last two months a working team has been trying to solve the problem of the remuneration mechanism by which Anas could enter in the FS Group, which is not public administration, because 50% of its revenue comes from the market,” Mazzoncini explained. “This team has had two parallel jobs: one is to realise synergies, and the other is to make sure that the merger with Anas does not drag the new FS back into becoming a public administration because the goal is the opposite.”

Mazzoncini says the outcome of the study has been positive and the conditions have been achieved to go-ahead with the merger as part of the plan to create an integrated national infrastructure covering road and rail.

Regarding the planned IPO for the sale of a 40% stake in FS, Mazzoncini says that 2017 will be the year in which it will take place, but there will be no separation of assets outside FS.

Mazzoncini says FS is keen to capitalise on the creation of the single European railway market following the recent approval of the Fourth Railway Package. “We are identifying relationships in other countries,” Mazzoncini says. “We have an interest in the Paris – Brussels route.” FS has already reached a trilateral agreement with Swiss Federal Railways (SBB) and German Rail (DB) to introduce a new Milan - Zurich - Frankfurt service through the Gotthard Base Tunnel at the end of 2017.

Mazzoncini says the deal to acquire Greece’s national train operator Trainose will be signed at the end of September and the ownership of Trainose will transfer to FS on January 1.

“Our goal is to create European connections and to be a European operator,” Mazzoncini says.

FS wants to be able to offer passengers seamless travel from door-to-door. It has signed an agreement with Google Maps to provide passengers with travel information and journey planners and FS is working on a digital platform called Travelling Companion which will combine ticket purchase with travel planning.

Mazzoncini says he wants FS to be able to use its infrastructure and assets in an innovative way in its relationship with its customers. He says FS is working on two fronts: the extended customer experience and the development of door-to-door services using technology to integrate the different modes of transport.