Transport minister says a decision will follow an evaluation of the initiative in the autumn. 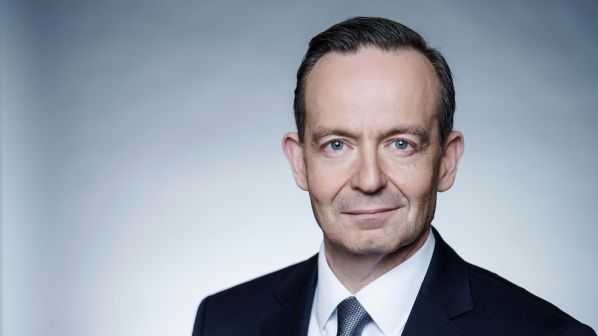 German federal minister for transport, Volker Wissing, has hinted that there will be a successor to this summer's 9-euro ticket initiative.
Photo Credit: German government

THE German coalition government of the SDP, Green Party and FDP is considering the introduction of a permanent successor to the 9-euro ticket initiative, which offers a single ticket for all local and regional trains at a reduced rate over a set period of time.

More than 21 million 9-euro tickets have been sold with 31 million available when existing season tickets are taken into account, meaning that 48% of the Germany population possesses the ticket.

However, German transport Minister, Mr Volker Wissing of the FDP, has dampened expectations that the 9-euro ticket initiative would be extended, or a successor introduced, upon the expiry of the current offer in September.

He says analysis of data on the 9-euro ticket programme, which will be available in early November, needs to take place before any decision is made. This means any new programme would not commence until the end of the year at the earliest. The evaluation will consider questions such as experience with the ticket, the role that price pays in take-up, and the importance of nationwide availability.

“There’s a lot of speculation but we don’t know,” says Wissing, who was speaking to the dpa news agency. “That’s why we need the results of the evaluation.”

The 9-euro ticket initiative has correlated with increased rail usage. According to Germany’s Federal Statistical Office (Destatis), which analysed mobile phone data, movements by rail of 30km or more increased by 42% in June compared with June 2019. The data shows a 58% increase in journeys of less than 300km compared with the same period in 2019, with journeys of 30-100km up by 58% compared with pre-crisis levels while a 64% increase was reported for journeys of 100-300km. Weekend travel also increased by 83%.

Proposals for a possible new ticket include a €365 annual ticket, a €69 monthly pass or a €29 ticket. The German Association of Transport Companies (VDV) favours the €69 ticket, which it believes could be introduced from September 1 ahead of a long-term solution from January 2023.

VDV general manager, Mr Oliver Wolff, says the 9-euro ticket has created a situation that “we can no longer retreat from.”

“Especially since the motives of relieving the burden on citizens in favour of climate-friendly mobility exist now more than ever,” he says.

VDV estimates the cost of the ticket to the government of €2bn euros, which could be covered by the public transport rescue package.

The 9-euro ticket initiative has cost the government €2.5bn and Wissing says a model is needed for a successor that fits into the federal and state budgets.

However, he says if an agreement is reached, he feels a programme could be set up and activated very quickly.