The directives which the EC claims Germany has failed to apply cover safety and interoperability. 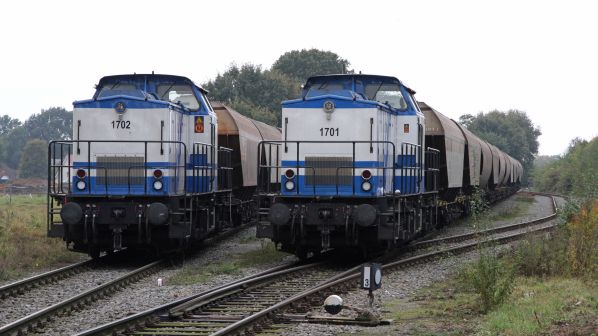 THE European Commission (EC) has referred Germany to the European Union (EU) Court of Justice for failing to apply rail safety and interoperability requirements to its regional transport networks.

This includes a failure to apply directive 2004/49/EC, which covers rail safety, and directive 2008/57/EC, which covers the interoperability of the rail system within the EU. The EC says this constitutes obstacles to the completion of the single European rail area (Sera) as the EU rail safety and interoperability acquis is not in use for around 16% of the entire German rail network.

The EC says EU legislation on rail interoperability aims to make different European infrastructure, rolling stock, signalling and other subsystems compatible with one another, to facilitate cross-border rail travel and make it more competitive with other modes.

Both directives establish exhaustive lists of cases for which member states may exclude certain specific infrastructure and rail networks from the national implementing measures. These exclusions do not relate to the type or geographical scope of operations, or the distance covered by transport services. They also do not exclude regional networks from the application of rail safety and interoperability requirements, contrary to German legislation.

The EC says its objective is to ensure that the use of the exemption does not become a barrier to operators seeking to use the excluded lines and does not undermine the objective of having a single system for EU rolling stock.

The EC sent a formal notice for directive 2008/57/EC in February 2016 and, following a reply from the German authorities, sent a reasoned opinion in April 2017, to which Germany has also replied. The commission also sent a formal notice for the second directive in July 2016 and sent a reasoned opinion in May 2018, with Germany replying both times.

The EC says the exchange of views did not resolve the matter, with the explanations provided by Germany found to be unsatisfactory as they did not provide convincing arguments in response to the commission's concern regarding the non-application of the EU rail safety and interoperability acquis, resulting in the reference to the court. While both directives have since been replaced by new directives on October 30, the EC retains the legal power to pursue the current court challenge.