Scotland is also planning to move more freight to rail. 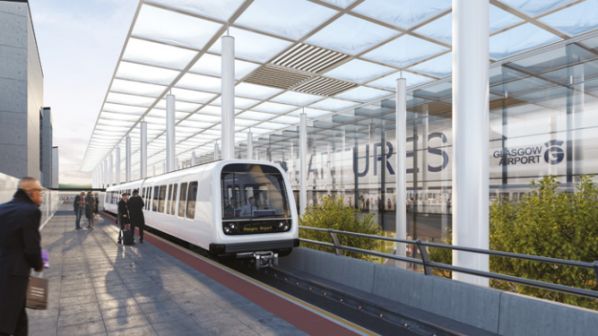 PLANS for the Glasgow Metro and Edinburgh Mass Transit projects have been advanced with the publication of phase one of Scotland’s second Strategic Transport Projects Review (STPR2).

The review will help to deliver the vision, priorities and outcomes for transport set out in the National Transport Strategy (NTS2). Phase one of the review has been published, while phase two is due to be published in the autumn after being delayed by the Covid-19 pandemic.

Phase one recommendations for national investment priorities in the short-term include:

Scotland’s draft budget, released on January 28, includes £3.2bn of funding for transport in 2021-22, including £1.6bn for rail and bus services.

The network could be bus rapid transit (BRT), tram, light rail or metro rail, or a combination of different modes, and could operate along new alignments or disused rail alignments, as well as possibly repurposing existing lines.

While corridors are not yet defined, these would focus on:

The Edinburgh Mass Transit project will provide an enhanced level of public transport provision in the city region, including BRT and light rail, which would complement and integrate with the current bus, light and heavy rail networks.

The initial focus for the project is on delivering mass transit connectivity from the north of the city, through the city centre to the southern and eastern extremities. As well as infrastructure works, the project would be complemented by other measures including integrated and smart digital ticketing and passenger information services.

“As we continue to navigate our way through an unprecedented global health emergency, the investment decisions we make have never been so important,” says cabinet secretary for transport, infrastructure and connectivity, Mr Michael Matheson. “We want to lock in the changes to the healthy, green travel options we’ve seen during the pandemic, while supporting interventions that will aid and help accelerate economic recovery.

“Phase one sets out some of our transport investment priorities for the next few years, which will support a fair and sustainable economic recovery from the pandemic, while working towards our longer term goals of making Scotland more accessible for residents, visitors and businesses; improving connectivity and highlighting the vital contribution that transport investment can play in enabling and sustaining Scotland’s economic growth.

“STPR2 will help us to deliver the vision, priorities and outcomes set out in our National Transport Strategy as well as aligning with other important national plans such as the Climate Change Plan, Infrastructure Investment Plan and National Planning Framework.”

“Rail is one of the greenest forms of public transport and we, alongside the Scottish government, are working hard to decarbonise Scotland’s Railway by 2035,” says managing director of Scotland’s Railway, Mr Alex Hynes. “The rail industry is also ready to play its part in boosting the economy as we emerge from the pandemic - encouraging the public onto greener forms of transport and helping take lorries off Scotland’s roads by improving freight services on our railway.”