Northern link to West Coast Main Line will not go ahead. 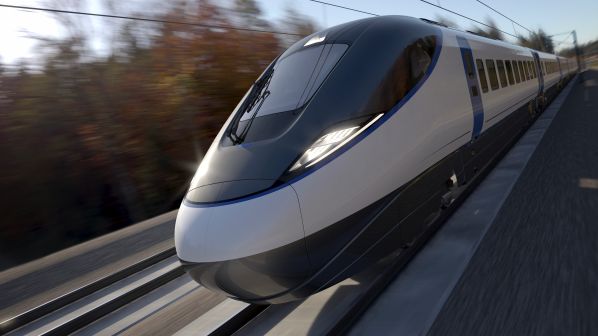 THE British government has announced that the proposed 20.8km connection between the Crewe - Manchester section of HS2 and the West Coast Main Line (WCML) between London and Scotland is to be removed from legislation to build Phase 2b of the new high-speed line.

The announcement was made in a written statement given to parliament by transport minister, Mr Andrew Stephenson, on June 6.

Known as the Golborne Link, the connection would have run from HS2 Phase 2b near Knutsford in Cheshire to join the WCML near Golborne, south of Wigan.

Construction of Phase 2b was due to start in the early 2030s, with the Golborne Link expected to open in the late 2030s or early 2040s, enabling HS2 services from London to join the WCML to reach Glasgow and other destinations in Scotland.

According to Stephenson, the final report of the Union Connectivity Review, commissioned by the government and led by Network Rail chairman, Sir Peter Hendy, found that the Golborne Link would not resolve all capacity constraints on the WCML between Crewe and Preston.

Hendy recommended that journey times should be reduced and capacity increased between England and Scotland by upgrading the WCML north of Crewe and developing options for “alternative northerly connections” between HS2 and the WCML.

Stephenson says that the government will reconsider alternatives which deliver similar benefits to Scotland as the Golborne Link, as long as they “deliver for the taxpayer” within the £96bn allocated by the government for its Integrated Rail Plan (IRP) announced on November 18 2021.

“We will look at the potential for these alternatives to bring benefits to passengers sooner, allowing improved Scotland services from Manchester and Manchester Airport, as well as from Birmingham and London,” says Stephenson.

The government intends to remove the Golborne Link from the High-Speed Rail (Crewe - Manchester) Bill after its second reading. The route will however be safeguarded from other development while alternatives are considered.

For data on British infrastructure projects, subscribe to IRJ Pro.