Political decisions to be made over service provision and continued funding for rail. 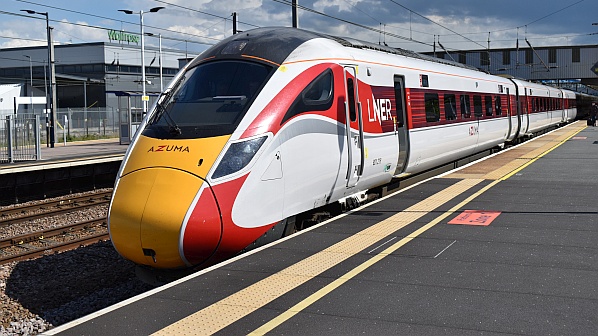 A limited timetable remains in place in Britain in response to Covid-19 and there is growing uncertainty when and if passenger services levels will be restored in 2022, including major changes planned for December, according to the chief executive of infrastructure manager Network Rail, Mr Andrew Haines.

Speaking at a virtual roundtable media briefing on February 3, Haines said three things were driving this uncertainty: demand; hesitation around the pace at which operators could create training plans given how the Covid-19 pandemic has affected the ability to recruit drivers and staff; and questions around how the government intends to implement the results of its December Spending Review and the financial challenges facing the Department for Transport (DfT).

Haines said he believes passenger numbers are struggling to recover and this puts into context the level of train services which will operate throughout 2022. “The key statistic, which is the scary stat, is that regardless of Omicron we never actually hit 50% of pre-Covid commuter ticket sales,” he says. “In the autumn, [the industry] peaked at about 49%. In terms of any-time tickets, we never actually got back to 50%, and I think that is one of our fundamental challenges and it is actually a key part of the backdrop to almost every other conversation.”

Haines suggested there needs to be an optimised solution for the railway, which is not currently in place. Demand for services also varies across the country. “If you talk to people in Birmingham, for example, what they say is we could live with two trains an hour if they were even interval, but what we've got at the moment is a timetable that has taken a train out, so you've got a 20 minute gap and a 40 minute gap,” he says.

Ultimately, Haines said any changes will be a political decision. “The decision needs to be based on those three different factors, and we shouldn't pretend it is only one of those factors which are in play.”

The Rail Delivery Group (RDG) told IRJ that by the end of February, service levels should recover to around 85% of pre-Covid levels. This follows recent reductions caused by the Omicron variant where service levels dropped to 78%. However, while demand is expected to increase, RDG has confirmed it will monitor trends and forecasts and make further adjustments if required to keep supply ahead of demand for the foreseeable future. An industry source told IRJ that 17,000 trains are currently operating per day, but that demand was only enough for 11,500 trains, despite travel restrictions being relaxed from January 27.

Haines also questioned the long-term appetite of the Treasury to continue covering the funding shortfall in the railway. Since the introduction of Emergency Measures Agreements in March 2020, which transitioned to Emergency Recovery Measure Agreements in September, he says the figure is approaching £20bn. He suggested it would be wrong if the industry wasn’t being challenged on its cost base. “They wouldn’t be doing their jobs,” he said.

“We have asked operators for sustainable business plans to protect taxpayer money and reflect passenger levels,” a DfT spokesman told IRJ. The DfT denied newspaper reports that individual operators were being asked to deliver cuts of 10% or more.

Haines suggested that hydrogen has been mis-characterised in Britain and even spoke about the possibility of hydrogen-powered freight trains being an option in the future.

“You would have to carry a wagonload of hydrogen around, so I am not suggesting for a moment it’s going to be on the horizon in the next three years,” Haines said. “But if you stick to it, think about the physics, then is there anything actually impossible about that? And, actually, is that the sort of thing we ought to be developing?”

Haines also confirmed that NR had commissioned some initial work with the University of Birmingham to validate previous assumptions about alternative technology. He says the aim of the work is to make sure that the Traction Decarbonisation Network Strategy (TDNS) is a genuinely mixed economy when it came to infrastructure and that it could prevent: “a mad dash in the 2040s when we could be doing stuff to decarbonise sooner rather than later.”