ACCORDING to a new metro policy endorsed by India’s union cabinet on August 16, the government will only approve or fund metro projects after state governments have firmed up public-private partnership (PPP) agreements and last mile connectivity plans have been finalised. 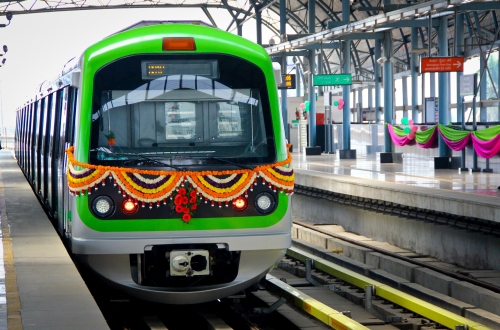 The policy will allow state governments to formulate rules and regulations and empowers them to establish permanent fare regulators. However, only projects with a financial internal rate of return (Firr) of 14% will be approved, compared with the current system that allows a Firr of 8%. The government says this will bring India into line with global best practice.

The policy outlines three models, all of which have a mandatory requirement for private-sector participation, for states seeking to develop metro projects:
• public-private partnerships with central government assistance, which will form part of the national Finance Ministry’s viability gap funding scheme
• grants, whereby 10% of a metro’s project cost will be provided by the central government as a lump sum, and
• an equity sharing model split 50:50 between the central and state governments.

“Private participation either for complete provision of metro rail or for some unbundled components, like automatic fare collection, and operation and maintenance of services, will form an essential requirement for all metro rail projects seeking central financial assistance,” the policy says.

So far, metro projects have been financed by the central and state governments through equity or grants, while additional funding has been sourced through financial bodies such as the Japan International Cooperation Agency (Jica) or the European Investment Bank (EIB).

The new policy requires state governments to devise innovative strategies to raise funds by way of value capture finance tools. They will also have to issue corporate bonds for metro projects to provide low-cost debt capital.

With a focus on “last mile connectivity” within a catchment area of 5km, the new policy makes it mandatory for the service provider to ensure feeder services and pathways at stations.

In the last four years, the India government has sanctioned Rs 306bn ($US 4.77bn) for building metro lines.