The system will change how the railway recruits new staff, as it faces a mounting wage bill. 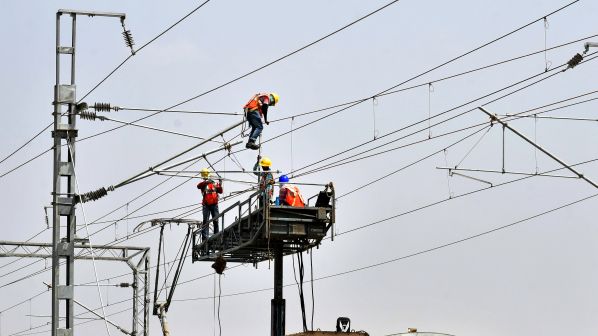 TWO years after India’s Union Cabinet sanctioned the merger of Indian Railways’ (IR) eight existing services into a single entity, the ministry issued an official notification on February 9 announcing the creation of the Indian Railways Management Service (IRMS) to remove silos within the management structure and improve efficiency.

The IRMS proposal had been pending alongside other policy reforms such as plans to implement a corporate accounting system and the creation of an independent rail regulator to determine freight and passenger tariffs and to settle possible disputes between IR and private operators.

Under the existing system, there were three ways for new staff to begin working for IR: either through an examination conducted by the Union Public Services Commission (UPSC) for traffic and administrative staff; through joint engineering services examinations; or through direct entry in railway engineering courses conducted by the IR Institute at Jamalpur.

Following the implementation of the IRMS, all recruitment will be done through a common examination conducted by the UPSC when candidates will indicate their preferred area of expertise.

However, two thorny issues have not yet been clarified, including the mechanism that will be used to determine the seniority, pay and promotional avenues for the existing class A officers, and how engineers will be recruited in future.

A flurry of letters, memorandums and representations have been sent to the railways minister and the prime minister’s office in recent months asking to clarify the situation. Official circles are apprehensive that officers adversely affected by the move could approach the courts for redressal. “In such a scenario, it is likely that the old cadres will exist alongside the IRMS for a good number of years - or until the last officer of the old cadre retires,” says former IR officer, Mr Sudhanshu Mani. “This may take two decades or more.”

The second issue is also raising questions. “If candidates from the humanities and engineering streams are lumped together in a single and standalone examination for the IRMS, a chaotic situation would emerge,” says former railway board member, Mr R Jaruhar.

The policy change and surrounding challenges come at a time when IR is already dealing with multiple issue. The office of the Comptroller and Auditor General (C&AG) has reprimanded IR for manipulating figures to artificially keep its Operating Ratio within 100% over the last two years, while big ticket projects such as the Dedicated Freight Corridors and the Mumbai - Ahmedabad high-speed lines remain delayed. Coaches, locomotives and signalling systems require renewal, while the network is congested with 80% of trains operating across 40% of the national network.

IR already spends 63% of revenue on salaries, pensions and allowances, while fuel accounts for another 15%, leaving limited funds for modernisation and capital works.

“Policy reforms are urgently required,” says former railway board member, Mr Subodh Jain. “But the solution cannot be allowed to become the problem itself. Because of the manner in which the IRMS concept has been initiated, the cadre integration move is unlikely to work.”