Leaders in northern England call for more control over railways 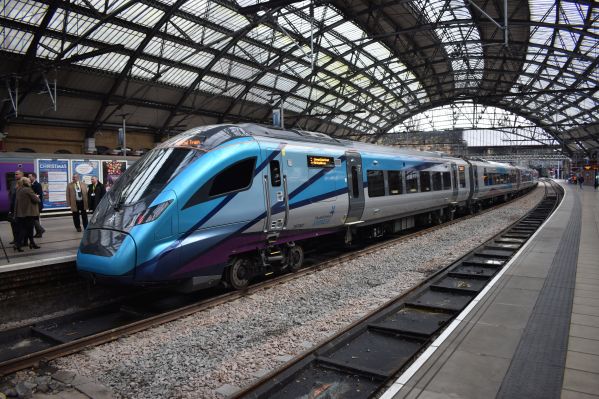 Leaders from the north of England have called for more control of the region's railways.
Photo Credit: Richard Clinnick

LEADERS in the north of England have called for a stronger role in the oversight of the region’s railways as well certainty on committed government investment.

At a Transport for the North (TfN) meeting held on June 9, political and business leaders said they could not wait any longer for publication of the British government’s Integrated Rail Plan (IRP), which is expected to outline plans for HS2, Northern Powerhouse Rail (NPR) and other major rail projects.

The submission of the NPR business case, which includes new railways and electrification, depends on the contents of the IRP.

“The north has already set out its vision for the future in a transport strategy that all of our leaders are signed up to,” says Mr Tim Wood, interim TfN chief executive. “Now we need clarity and firm commitment from government on delivering that strategy, which we expect to come in the form of the Integrated Rail Plan.

“We’ve set out our clear priorities to create a Green Economic Revolution in the north and our railways - including HS2 and Northern Powerhouse Rail - are at the heart of that vision. We’re now working with government and the national agencies, such as Network Rail (NR), to ensure that the investment programmes we put forward are committed to and then delivered alongside TfN.”

Northern leaders and TfN also called for further devolution of the railways following the publication of the Williams-Shapps Plan for Rail on May 19. Representatives from the Department for Transport (DfT) and NR assured leaders that the organisations will work with TfN and regional leaders to establish the Great British Railways (GBR) in shadow format in the next year.

Nevertheless, mayor of Great Manchester, Mr Andy Burnham, said that as well as having a seat on the government’s Advisory Council to help establish GBR, the north should be making the case for direct oversight of rail services spanning the Pennines to ensure national attention is not focused elsewhere.

“TfN, working with the constituent bodies across the north, should start to work out how our own aspirations within places like Greater Manchester can fit with running services across the wider north, and in this simple way I would say, we have the ambition of taking greater control of commuter rail services,” Burnham said.

“But that might lead to some times where we need to have an agreement reached with neighbouring authorities if the services are kind of running across both, so TfN setting out its role as a sort of an arbiter and adjudicator over that type of arrangement, but also TfN making a case for running those cross-north services, the trans-Pennine services being the main client for those services. “If we’ve all learned anything about the rail industry [it’s that] it hasn't been close enough to the north of England. It hasn't had its focus on the north of England, and we're the only part of the system that does have that absolute laser focus on the north of England. The risk for us here is that we might get some localised devolution, but the national attention might go back to this control in mind at a national level that's focusing on other places other than us and I think TFN needs to make a role for itself as both a sort of an adjudicator between city regions but also the clients if you like for those panels and services.”