German Rail now aims to be carbon neutral by 2040. 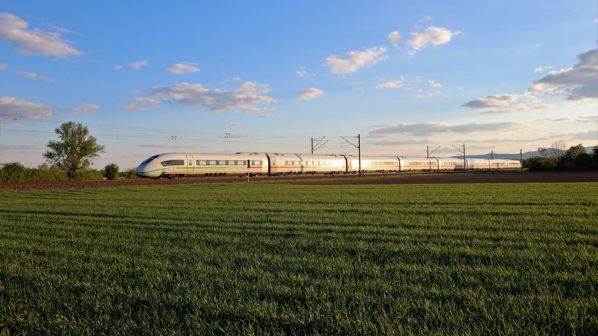 GERMAN Rail (DB) CEO, Dr Richard Lutz, has informed the company’s supervisory board that the railway plans to become carbon neutral by 2040, accelerating delivery of its current plan for its rail and logistics operations by 10 years.

“Sustainability is our brand essence, which is why we are setting ourselves much more ambitious goals for climate protection,” Lutz says. “Personally, it is particularly important for me to make even faster progress.”

DB has already reduced overall emissions by 34% compared with 2006. In its latest pledge, the railway is committing to supply its industrial facilities, office buildings and stations with green electricity from 2025. It also plans to replace fossil fuels such as heating oil and natural gas with green alternatives while aiming to improve energy efficiency to reduce overall consumption.

In addition, DB says the use of younger train fleets for long-distance, regional and freight rail transport, as well as improvements in operations will help to further reduce CO₂ emissions. The railway is also exploring the use of alternative traction. Plans include building new infrastructure to support battery-powered and hydrogen fuel cell trains, and using synthetic fuels for rail and road vehicles.

DB says digitalisation and technical upgrades in areas such as maintenance will also have a positive effect on the railway’s carbon footprint.

“In the past 30 years, the railways alone have been able to significantly reduce their CO2 emissions by around 70%,” Lutz says. “Travelling by train is active climate protection. And that is why the investment and modernisation offensive of our Strong Rail strategy is exactly the right way to organise modal shift and to achieve the climate targets.”

DB unveiled its Strong Railway strategy in June 2019. With trains currently sourcing 61% of electricity from renewables, DB is pledging achieve 100% coverage by 2038. It is also seeking to double long-distance passenger numbers as DB seeks to gain a billion passengers in public transport, which will be achieved through a 30% increase in over network infrastructure capacity and a 100% increase in long-distance fleet capacity. DB Cargo is planning to carry 70% more freight and increase its overall market share to 25% from 18%.