THE International Association of Public Transport (UITP) has confirmed that Mr Mohamed Mezghani will succeed Mr Alain Flausch as the association’s secretary general from January 1. 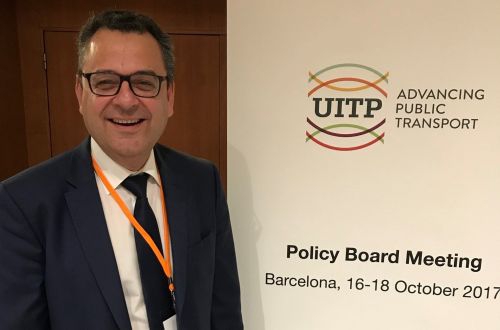 Mezghani is currently deputy secretary general of the UITP and joined the organisation in 1999. In a 25-year career in public transport, he has held roles including knowledge and member services director and senior manager at the UITP, and also worked as an independent consultant, advising the UITP on technical assistance and training programmes in Africa and the Middle East.

Flausch is retiring at the end of the year after six years at the helm of the UITP.

“[Mezghani] knows the organisation, he knows the public transport ecosystem and he certainly knows what are the next steps for UITP to keep developing as the international reference in the sector,” Flausch says.

“UITP is a leading organisation in sustainable mobility, with talented professionals that are always focused on the needs of our members,” Mezgahni says. “I look forward to continue working with the team at UITP in expanding our membership to better represent all regions and sectors.”