British minister calls for withdrawal of 'diesel-only' trains by 2040

BRITAIN’s minister of state with the Department of Transport (DfT), Mr Jo Johnson, has called for the withdrawal of diesel-only trains by 2040 and the decarbonisation of the railway. 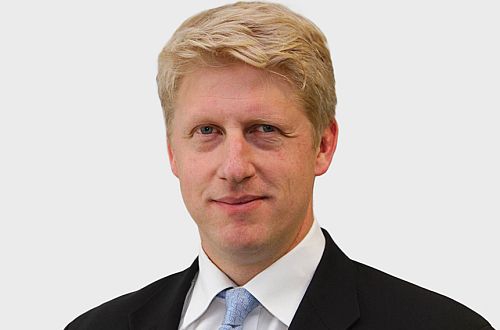 Jo Johnson, Britain's minister of state with the Department of Transport.

In his first speech as rail minister, Johnson says he wants the railway to provide a vision of how it will decarbonise. “I expect the industry to report back by the autumn,” he said during a speech in London on January 12. “I want to see a clear, long-term strategy with consistent objectives and incentives.”

Johnson says he wants options like lighter rolling stock and alternative sources of power, such as batteries and hydrogen, to be considered and analysed. “I want barriers to innovation removed, so ideas can be brought to market more rapidly, and I want to see the railway industry show a lead on this crucial issue,” he says.

While acknowledging that rail is less carbon intensive than road transport, Johnson claims rail emissions in Britain have increased by 33% since 1990. But this has been driven by an increase in traffic and a failure to electrify the network.

Some electrification has been carried out during the last few years, particularly in Scotland and northwest England, but the delays and cost overruns on the Great Western Main Line electrification project resulted in the government scaling the project back, and cancelling or deferring other schemes.

The government believes that increasing use of bi-mode electro-diesel trains, which cost more to purchase and maintain than conventional EMUs, is the way forward, together with alternative fuels, which takes the government full circle back to its previous anti-electrification stance.