Private passenger rail association Mofair says its rail infrastructure strategy is a great opportunity for more and better rail transport in Germany and an important cornerstone for achieving climate goals. 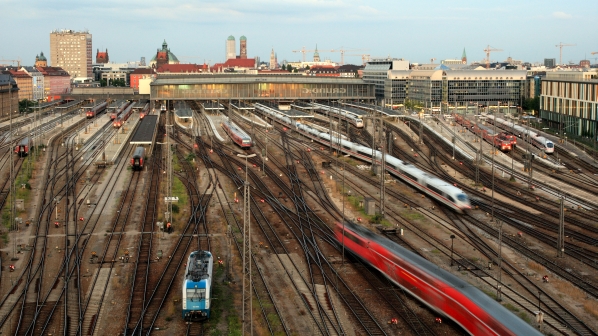 MOFAIR, the German association of private passenger rail operators, has published a three-pronged strategy to reform rail infrastructure which it says would help to implement the “common good orientation” for rail infrastructure called for in the coalition agreement signed on December 7 2021 between the Social Democratic Party (SPD), Greens and the Free Democratic Party (FDP), which now form the federal government.

“The common good orientation must now become concrete,” says Mofair president, Mr Tobias Heinemann. “For us there is a triad: first a clear focus on the quality of the rail infrastructure with the best possible use of digitisation. Secondly, the corresponding structural reforms at German Rail (DB). And thirdly, the overall competitiveness of rail must be strengthened. This includes drastic reductions in track and station charges as well as significantly improved financing for maintenance, expansion and new construction, and digitisation projects.”

Mofair says it has carefully derived these measures from the wording of the coalition agreement which calls for the creation of a new public welfare-oriented infrastructure division, with profits from the operation of the infrastructure remaining in the new infrastructure unit, while the train operators continue to compete in a market and profit-oriented manner.

“The clear distinction here between monopoly and competitive parts of the integrated group shows the decisive progress made towards the coalition agreement of 2018,” Mofair says. “This still wanted to commit the entire group to ‘economic goals’ and thus failed without a trace. The planned amendment to the statutes of the entire group was called off because it is incompatible with EU state aid law.”

Heinemann says the structural changes in particular can be implemented quickly for the most part. “They should come quickly in order to create planning security for everyone involved - the industry, employees, politics and administration,” Heinemann says. “Finding the necessary funding sources will take more time; for this we need a joint effort. It must go beyond the railway industry alone.”