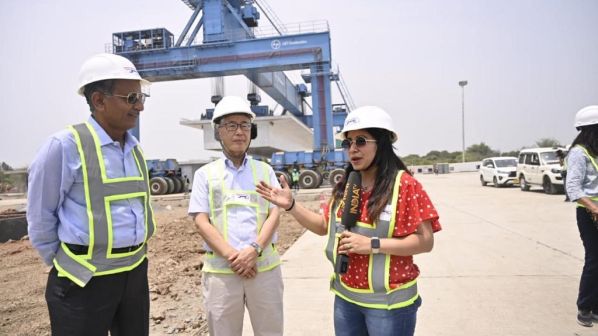 IN a surprise move on July 7, the Indian government abruptly terminated the services of Mr Satish Agnihotri, managing director of the National High Speed Rail Corporation (NHSRCL) which is taking forward the project to build a high-speed line between Mumbai and Ahmedabad.

Agnihotri has been succeed as manging director for an initial period of three months by Mr Rajendra Prasad, who takes on the role in addition to his duties as director (projects) at NHSRCL. In this role he has been leading civil works on the 352km section of the line in Gujarat.

The change at the top of NHSRCL comes as obstacles to construction appeared to be lifting in Maharashtra state following a change of state government.

Shortly after taking the oath as chief minister, Mr Eknath Shinde said that pending works on the Maharashtra section of the high-speed line would be fast-tracked.

Reportedly due to the non-cooperation of the previous administration headed by Mr Uddhav Thackeray, the project had been at standstill in Maharashtra, where only 72.2% of the land needed for the new railway had been acquired, compared with 98.8% in Gujarat and 100% in the Union Territory of Dadar and Nagar Haveli (DNH).

The Thackeray government had also been unwilling to provide land for the underground high-speed station at the Bandra Kurla Complex in Mumbai. NHSRCL had been struggling to acquire land close to Thane Creek, where a 21km viaduct and a 7km undersea tunnel are planned.

Because of the Thackeray government's stubbornness, the Railway Board had been considering the construction of elevated high-speed lines over existing main line railways. This idea was dropped as it was found to be unworkable.

The high-speed project is unlikely to be adversely affected by the departure of Agnihotri. "Major civil works contracts have already been awarded, while the signalling and electrical bids are being finalised in Japan," says Mr Vinoo Mathur, a senior consultant at Japan International Consultants for Transport.

This consultancy has been working on studies for the Mumbai - Ahmedabad high-speed line, which is being funded by the Japanese International Cooperation Agency (Jica).

An official earlier associated with NHSRCL said that Agnihotri's exit was “bad optics” for India’s flagship rail scheme, but the situation could be corrected if a new, permanent managing director were appointed as soon as possible.

In May, NHSRCL awarded a contract to Larsen & Tubro (L&T) for the construction of 116 route-km of ballastless track. L&T is already executing civil works packages for NHSRCL including work on viaducts, special steel bridges and stations.