British subsidiary of NS to be sold to a management buyout ending 20 years of operating trains and buses in Britain. 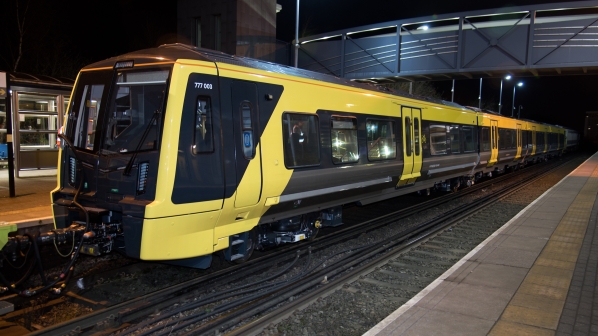 Stadler is supplying a new fleet of trains for the Merseyrail network centred on Liverpool.

NETHERLANDS Railways (NS) is preparing to end its activities in Britain and has agreed to sell its Abellio UK subsidiary to a management buyout. The company will be called Transport UK Group.

Abellio UK’s Scotrail franchise was taken over by the Scottish government on March 31, leaving it with the Merseyrail concession which it operates through a 50:50 joint venture with Serco until 2028, the Greater Anglia contract which runs until 2026, the West Midlands Trains contract which also expires in 2026, and the East Midlands Railway franchise. Abellio also operates more than 50 bus routes in London and employs around 15,000 people. In its 2022 first half report, NS says Abellio UK made a profit of €40m, which included a special contribution of €21m.

The management buyout is being led by Abellio UK managing director, Mr Dominic Booth. It is hoped to finalise the deal by December 31, subject to approval by the Department of Transport, Transport for London, and Merseytravel. The sale will also need regulatory consent from the Office for Road and Rail.

“I am thrilled to have the opportunity to return key public transport services back into UK ownership at a time when some of our competitors look destined for overseas ownership,” Booth says. “We expect the business to transfer by the end of the year, following which we will focus all our energies and expertise on continuing to deliver the best possible services for our passengers, investing in our train and bus routes, and helping to develop a future ready, low emission UK transport network.

“This deal will put us in a strong position to continue the smooth operating of our current routes as well as giving us the capability to grow the business and bid for new franchises in the future. Beyond that, we are, and will continue to be, thought leaders in our sector determined to play a long-term and vital role in future of UK transport.”

NS changed its foreign strategy in 2018 following irregularities in the tender for regional passenger transport, including train services, in the Dutch province of Limburg and intervention by its sole shareholder, the Dutch government. NS is now focused on domestic passenger rail services and international services.