UNITED States president Barack Obama unveiled his proposed budget for the 2016 financial year on February 2, which includes a six-year $US 478bn surface transport reauthorisation proposal and $US 3.2bn within a $US 18.4bn Federal Transit Administration (FTA) budget to benefit urban transit schemes across the US. 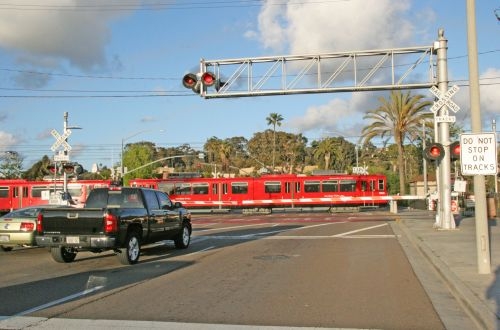 The US Department of Transportation would receive $US 94.7bn in the 2016 proposal, with funds provided through a revised Generating Renewal, Opportunity, and Work with Accelerated Mobility, Efficiency, and Rebuilding of Infrastructure and Communities throughout America (Grow America) Act.

It includes nearly $US 115bn for investment in transit, $US 28.6bn to fund the development of high-performance rail and other passenger rail programmes and $US 7.5bn through multi-modal investment, such as the Transportation Investment Generating Economic Recovery (Tiger) programme. The proposal includes $US 1.25bn for Tiger grants over the next six years. In 2015, the programme was authorised at $US 500m.

The $US 18.4bn FTA budget is an increase of $US 7.4bn, or 67%, above the 2015 enacted level. FTA's Transit Formula Grants would provide a $US 5.1bn boost for strategic infrastructure investments, while Capital Investment Grants (CIG) would receive a more than $US 1bn funding increase with a total of $US 3.25bn requested.

The CIG is projected to fund 11 new transit projects and 25 in total in 13 states in both the New Starts programme, which covers commuter and major light rail projects, and Small Starts, which encompasses tram and bus schemes. Among the New Start projects that are set to benefit are Baltimore's Red Line, the National Capital Red Line project in Maryland, Denver's Southeast extension, the Mid Coast Corridor Transit project in San Diego, Tex Rail in Fort Worth, and Los Angeles' Westside Section 2. The Small Start Tacoma Link light rail project and Charlotte's City Lynx Gold Line extension are also proposed to receive funding.

In addition to the 25 projects, the FTA budget includes a $US 320m fund for Accelerated Project Delivery and Development, which would provide funding for other projects to advance if they are ready for a construction grant before the end of the fiscal year. A further $US 351m is reserved for Core Capacity improvements for projects that are, or expected to be at, capacity in the next five years.

The Federal Railroad Administration (FRA) is allocated a $US 5bn budget in 2016, which reflects a $US 3.4bn increase over 2015 enacted levels. The budget proposal includes $US 4.8bn to establish a National High-Performance Rail System (NHPRS) to support current operations and to improve the overall system. 2016 is the first year of a proposed six-year $US 28.55bn rail reauthorisation proposal, which includes two major new programmes: Current Passenger Rail Service and the Rail Service Improvement Program. These activities will be funded from a proposed new Rail Account, which would be included in the proposed Transportation Trust Fund.

Obama proposes to pay for the increased surface-transportation budget increases, which also includes a major boost for road projects, via a one-time 14% "transition toll" on the estimated $US 1-2 trillion in US companies' untaxed foreign earnings. The plan is more detailed than the administration's 2014 proposal. The US Treasury Department estimates the 14% tax would raise $US 248.3bn over the next five years.

"Our budget proposal lays the foundation for a future where our transportation infrastructure meets the demands of a growing population and an economy that depends on the free flow of freight," says transportation secretary Mr Anthony Foxx. "This administration is looking towards the horizon - the future - but to do this we need Congress' partnership to pass a long-term reauthorisation to put Americans to work rebuilding America."

The president's proposal now heads to the Republican-led Congress, which has dismissed Obama's budget and vowed to develop its own spending blueprint with different priorities.