INVESTMENT in inland transport infrastructure across the 34 member states of the Organisation for Economic Co-operation and Development (OECD) has fallen to a record low of 0.8% of GDP, according to analysis by the organisation's transport think tank. 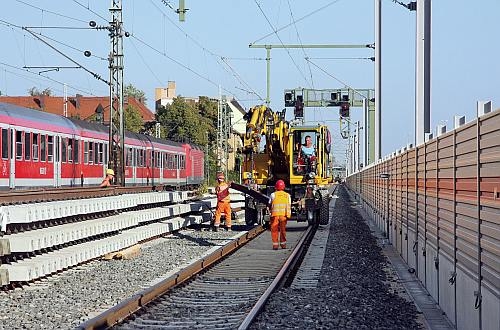 However, the study by the International Transport Forum (PDF Link) also shows governments have increased the proportion of funding for rail investment.

The analysis reveals that the economic crisis has resulted in a sustained decline in transport infrastructure spending in many OECD countries, albeit with a temporary increase in 2009 as stimulus funding flowed into the sector. The volume of investment across the OECD increased by 16% between 1995 and 2002, after which it remained stable until 2009. However, the ITF also found that since 2009 spending has fallen back to the levels seen in 1995, when the OECD began recording this data.

Investment in central and Eastern Europe grew sharply after 2002 from around 1% of GDP to 2% in 2009, but subsequently fell back to 1% by 2013. A key cause of this trend was decline in Poland and the Czech Republic, where investment had exceeded 2% before falling to 0.6% and 0.7% respectively.

Despite the overall decline, it appears rail is now receiving a greater proportion of the funding being made available by governments. According to the ITF's estimates, rail's share of overall inland transport investment increased from 17% to 26% between 1995 and 2013, a rise which has been driven primarily by developments in Japan, North America, and Europe.

In western Europe, rail's share of transport investment increased from around 30% in 1995 to 40% in 2013. The ITF notes that the trend observed in this region reflects a political commitment to the development of railways, and recent data does not seem to indicate any change in policy.

However, in central and eastern Europe investment is skewed heavily towards road, which saw its share of inland transport investment increase from 66% in 1995 to 84% in 2005. Nonetheless, the ITF identifies a potential break in this upward trend as road's share fell back to 76% by 2013.