SPEAKING to the French newspaper Le Journal du Dimanche, Mr Guillaume Pepy set out his objectives before he steps down in December as president and CEO of French National Railways (SNCF), just before the national network opens to competition under the European Union’s Fourth Railway Package. 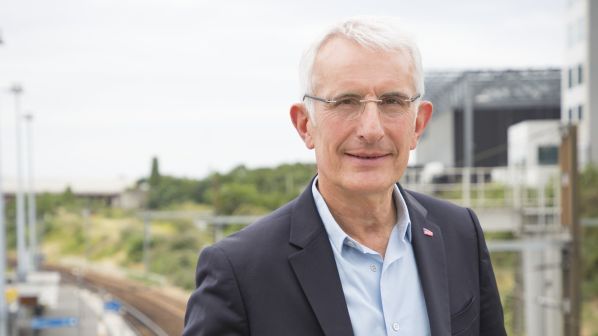 “My goal is to succeed in the construction of the new SNCF which will be born on January 1 2020,” Pepy told Le Journal du Dimanche journalist Mr Rémy Dessarts. “It will be a 100% public company that keeps its public service values. At the same time, it will be a group of limited companies, a company facing competition in all its markets and a group that will recruit with a new social contract. Finally, it will free of debt. This new SNCF can benefit from a new eye.”

“The opening to competition will be in late 2019,” Pepy said, referring to the concessioning of regional services. “SNCF is mobilised to win these calls for tenders. We will do everything we can to build on three strengths: railway skills, employee engagement and our ability to innovate.”

Whether SNCF is successful remains to be seen. Many of the French regions have been unhappy with the reliability of rail services, and SNCF’s stranglehold on the development of these services. “The 12 French regions are our first customers,” Pepy told Le Journal du Dimanche. “When they complain, you have to listen to them, you have to move. But the relationship is solid: in 2019, we will have renewed all our TER contracts. They want more, they are right. I admire their commitment to rail.” Pepy says the regions are investing “like never before” in hundreds of new trains. “This is the case of Île-de-France, New Aquitaine, Normandy or the Grand Est, for example.”

Pepy also pointed to the improving punctuality of TER regional services and refuted the accusation that train delays are worsening. “The regularity of TER measured for five months has never been so good for 10 years,” Pepy told the newspaper. “We achieved a punctuality rate close to 93%. This is thanks to the introduction of new equipment, the redesign of operating processes and the many modernisation works carried out by SNCF Network. But we know that there is still progress to be made.” Pepy points out that SNCF Network’s modernisation programme involves around 1600 projects per year and an investment of €3.7bn.

Dessarts asked Pepy whether concerns about the closure of branch lines are justified. “Let's be clear, there is no plan to close minor lines!” Pepy responded. “However, the status quo could take us right into the wall. These lines need to be maintained and modernised to be cheaper. There are also reopenings that are not mentioned, such as Avignon - Carpentras or Belfort - Delle. And we have just comprehensively renovated lines like Brest - Quimper or Lyon - Autun.”

Pepy confirmed that there is a future for non-TGV long-distance passenger services in France. “I do not believe in all-TGV,” he told Le Journal du Dimanche. “The mission of SNCF, its raison d'être, is the accessibility of all territories. We will announce this summer the order by the state for 26 new trains capable of traveling at 200km/h for the lines Paris - Clermont-Ferrand and Paris - Limoges - Toulouse. It is an investment of €700m. Some transversal lines will be open to competition at the end of the year: this will be the case for Nantes - Lyon and Nantes - Bordeaux.”

SNCF is negotiating new terms of employment for recruits joining SNCF from next year. Dessarts asked Pepy whether there is a risk of more strikes following last year’s prolonged period of industrial action. “We are in the process of negotiating the future employment contract of the future hires for 2020,” Pepy replied. “Everyone has an interest in finding an agreement. The conditions that will be offered to employees must be motivating. I know that entry salaries need to be increased to attract new talent. Our strength is that the rail sector is growing and will remain so.”