THE International Union of Railways (UIC) is coordinating a bi-weekly meeting of railways and rail operators from around the world to discuss methods to combat the continuing spread of coronavirus and ultimately the industry’s recovery from mass shutdowns, UIC director general, Mr Francois Davenne, and passenger coordinator, Mr Marc Guigon, reveal in a new podcast from IRJ 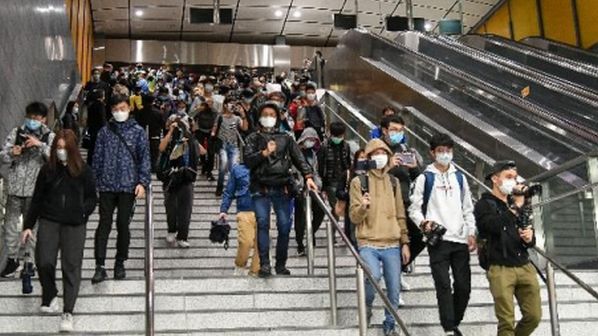 Speaking with IRJ editor-in-chief, Kevin Smith, Guigon, who is leading the Covid-19 taskforce, said around 80 representatives attended the online meeting on March 17, hailing from afar afield as North America, Europe, Iran, Turkey, China, Korea and Japan. A subsequent meeting was held on March 31 with similar levels of attendance.

Guigon says representatives from Italy, where the virus was exploding at the time of the early meetings, found it useful to exchange experience with colleagues from China, a trend that has continued. For Davenne this reflects the role of the UIC in bringing members together.

“Every network has its own way of thinking and it was very interesting to see how the others managed stations and relations with the public,” Davenne says. “When you are alone in your country that is always difficult to see all the aspects of the question. To have the experience of another continent or undertaking will help you better understand what you have to do.

“For example, we were happy to see that the experience was welcomed by the Japanese, who are isolated with a very specific system. The reason for that is because a railway is an open system and dealing with a sanitary crisis in an open system, you need a lot of collaboration and that is what we have tried to provide.”

The UIC has published a document, Management of Covid-19: Guidance for Railway Stakeholders, which summarises the exchanges of the early meetings and establishes best practice for combating the spread.

Guigon says the UIC is encouraging its members to fill in a questionnaire to collate responses to the virus and will continue to use this method to gather information.

Coronavirus is of course not just an issue relevant to passenger railways. Rail freight is also suffering from reduced flows in some areas but in others is maintaining a flow of vital commodities. Indeed, Davenne said there is a possibility for relocalisation of industry following the crisis, which could be positive for rail freight.

With many of the world’s railways already operating limited services, attention is shifting to what is next and the industry’s recovery.

“The situation will evolve, but in different parts of the world, this will not take place at the same speed or the same time,” Guigon says. “It really is a tricky question. China was the first to suffer and a lot of countries have followed. But we will see also in some weeks, in other continents like Africa, where there is a time-lag after Europe.”

In China, where the recovery is now well and truly underway, Guigon says already there are noticeable differences in how railways are managing the use of stations and trains as well as passenger interactions at ticket offices. “It shows that the system, although it is an open system, is able to cope with those constraints with handling the pandemic,” Guigon says.

For Davenne, the crisis could also offer people a time to reflect. With less cars on the street and less pollution, and people embracing new ways of working remotely, there may be less emphasis on travel in the future, which could be both advantageous to the environment and the railway as a form of mass transport.

“We will continue to request a level playing field and to have more capacity,” Davenne says. “It is a sanitary crisis and it doesn’t change the fact that we need to have modal shift to less emitting modes. Politically speaking it is necessary to invest in mobilising more capacity.

“There is no doubt that our members have been hit by this crisis. For SNCF the traffic is 15% of what it was before the crisis. We need to recover fast and I hope what we are doing within the UIC with this taskforce will help to rapidly return services and that we will come back to normal - normal being that we need more investment.”

To hear the podcast in full, search for ‘Rail Group on Air’ in Apple Podcasts, and Sound Cloud. Coming to Google Play very soon.