BRITAIN’s Rail Delivery Group (RDG), which represents rail operators, has submitted a policy proposal to the Department for Transport (DfT) for the decarbonisation of the country’s rail network. 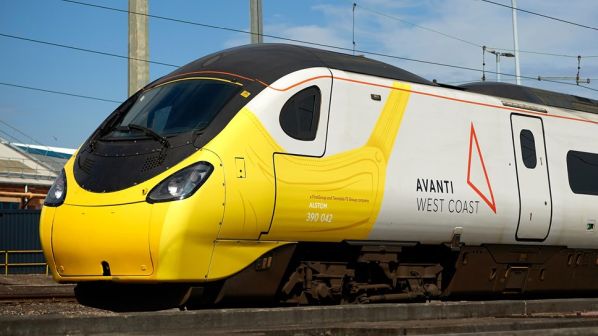 The proposal is intended to advise the DfT in the creation of its Transport Decarbonisation Plan, which is currently under consultation for release later this year. It comprises six policies which RDG states will significantly contribute to the British government’s target of reaching net zero emissions nationwide by 2050, including:

RDG proposes the introduction of taxes on air routes which are in direct competition with trains, including domestic flights and flights to Paris and Amsterdam, which could be ring-fenced to offset the costs of long-distance rail services.

The proposal highlights that under current tax rules, fuel for passenger jets is tax-exempt, whereas rail operators have seen levies on electricity used to power trains more than double in recent years. RDG states that taxes now make up around 40% of total electricity costs for operators on average, compared with just 12% a decade ago. This is despite CO2 emissions for domestic rail travel being significantly lower than domestic aviation at only 41g per passenger per km, compared with around 254g.

The proposal also suggests that the British government should endeavour to incentivise a modal shift to rail freight, highlighting that rail freight produces on average around 76% less carbon per tonne than its road equivalent, and that every freight train can carry the equivalent of up to 76 lorries, with the result of significantly decreasing road congestion. It also notes that further incentives would be in line with current government policies such as the Mode Shift Revenue Support (MSRS) scheme, as well as the Freight Facilities Grant (FFG) in Scotland and Wales.

The proposal also suggests that significant reductions in fares for passengers could be achieved through reforms to ticket and fare regulations. This would include the abolition of the distinction between peak and off-peak prices, which would result in an estimated 80% of long-distance trains seeing a reduction in the price of walk-up fares according to RDG.

The proposal highlights that this distinction is expected to become even more outmoded due to a partial transition away from traditional commuting, which is expected to continue to decline following the coronavirus lockdown and the resulting rise in telecommuting.

In addition, crowding on the busiest off-peak trains would be reduced as more passengers travel during the formerly more-expensive peak times, resulting in an estimated 300 million additional passengers per year by 2030 on long-distance and regional routes. RDG estimate that such an increase would result in a reduction in carbon emissions of around 1.2 million tonnes.

The proposal suggests a more flexible fares system, which is able to be tailored to the availability of substitutes in different markets and areas, as well as facilitating greater integration with other low-carbon public transport modes whereby passengers could take the bus to or from stations for a small additional fee, reducing the need to drive or take a taxi.

This modernised, integrated ticket system would be supplemented by the renovation of stations as carbon-neutral, multimodal integrated transport hubs which integrate improved transport connections for other low-carbon modes including buses and bicycles. RDG suggests that commitments to create sustainable stations should be mandated within construction management contracts, with all new station proposals assessed according to their projected carbon output. The proposal states that such projects would necessarily include greater timetabling integration with other travel modes to ensure efficient changeovers and incentivise a low-carbon journey for passengers end-to-end, as well as the introduction of electric vehicle charging points at stations.

The proposal also suggests the implementation of a National Rail Body for the regulation of emissions data according to agreed-upon industry standards of measurement. In addition, it recommends the creation of a new RVM, which would enable operators to pass on the cost and benefits of their sustainability and environmental initiatives when exchanging contracts.

RDG notes that the limited lifespan of franchise contracts - typically five to seven years - currently limits operators’ ability to make long-term sustainability and decarbonisation investments due to the time needed for a return on investments often exceeding the length of the franchise. It adds that the current RVM arrangement constrains operators in several ways. First, the useful economic life of residual value assets must not exceed 15 years, even though many decarbonisation investments can have much longer lifespans. Secondly, the current RVM business case test is too focused on direct financial benefits rather than the wider economic benefits resulting from environmental initiatives.

Finally, the proposal also recommends a consistent, ‘joined-up’ whole system approach to decision-making and prioritisation for the decarbonisation of rail infrastructure. In particular, RDG recommends a more cohesive, rolling electrification strategy which will expand on the 40% of the network currently electrified. It recommends utilising the Rail Technical Strategy (RTS) currently under review and scheduled for publication in September to set out medium and long-term technical visions for the network. Additional policies which the RDG recommends include the introduction of zero-carbon self-powered vehicles, reductions in rail freight carbon emissions with a view to increased energy efficiency.

“To help Britain reach its target of net zero emissions, transport taxes should reflect how polluting a journey really is and encourage people to make greener choices,” says Mr Robert Nisbet, director of nations and regions for RDG. “Rail is already an environmentally-friendly way to travel and a fairer playing field on tax combined with reforms on fares regulations could see trains play an even bigger role in helping Britain to go green.”

“The polluter pays principle is an essential tool for getting people out of planes and cars and onto trains, buses and bikes,” says Mr Mike Child, head of policy at Friends of the Earth. “It can’t be right that it is more costly to do the right thing for the planet. Rail and bus fares need to be cheaper, and the money to achieve this could come from higher taxes on flying and gas-guzzling cars.”

The RDG submission follows the proposal in July of similar polluter-pays policies in European Union (EU) member states by the Community of European Railways (CER). CER proposed the introduction of distance-based road charging and charges for air and noise pollution across all EU states and the introduction of EU taxes on kerosene-based jet fuel and shipping fuels.